of sexual harassment, prompting the governor to announce that a former federal judge would conduct an outside review.

Mr. Cuomo said he requested the probe after the New York Times published an interview with his latest accuser,

a former executive assistant and health-policy adviser in his administration.

In the Times interview, Ms. Bennett said on June 5, while she was alone in a meeting with Mr. Cuomo in his office in the state Capitol, he had asked her questions about her sex life. Ms. Bennett, 25 years old, said in the interview that Mr. Cuomo also said he was open to dating women in their 20s.

Ms. Bennett confirmed her account in a subsequent interview with The Wall Street Journal later on Saturday.

She said that a week after the alleged incident she shared what she said happened with Mr. Cuomoâs chief of staff,

Shortly thereafter, Ms. Bennett was transferred from her role as an executive assistant to one as a health policy adviser, according to the interview with the Times. Ms. Bennet also said that she spoke to

the special counsel to the governor, about the incident.

Mr. Cuomo, a Democrat, said in a statement Saturday that he never made advances toward Ms. Bennett, ânor did I ever intend to act in any way that was inappropriate.â

âThe last thing I would ever have wanted was to make her feel any of the things that are being reported,â the governor said.

Mr. Cuomo said that he has directed all state employees to comply with the outside review, which the statement said will be led by former federal Judge

âI ask all New Yorkers to await the findings of the review so that they know the facts before making any judgments,â Mr. Cuomo said. âI will have no further comment until the review has concluded.â

Ms. Bennett told the Times that after she was transferred to the health policy adviser role, she decided not to push for an investigation because she was happy in her new job. She left her job in the Cuomo administration in November.

a special counsel and senior adviser to Mr. Cuomo, said in a statement Saturday that after reporting the incident to administration officials, âMs. Bennettâs concerns were treated with sensitivity and respect and in accordance with applicable law and policy.â

Ms. Garvey said Ms. Bennett received a transfer she requested and âwas thoroughly debriefed on the facts which did not include a claim of physical contact or inappropriate sexual conduct.â

âShe was consulted regarding the resolution, and expressed satisfaction and appreciation for the way in which it was handled,â Ms. Garvey added.

Ms. Bennett is the second former female aide to Mr. Cuomo to accuse him of sexual harassment.

who worked for the stateâs economic development authority and in Mr. Cuomoâs office from 2015 to 2018, said in a Medium post on Wednesday that he kissed her on the lips after a meeting in his office and suggested while on an October 2017 airplane trip that they âplay strip poker.â

âGovernor Andrew Cuomo has created a culture within his administration where sexual harassment and bullying is so pervasive that it is not only condoned but expected,â Ms. Boylan said in the post.

Mr. Cuomo has come under mounting scrutiny in recent weeks. His administration faces ongoing federal probes into Covid-19 deaths at New York nursing homes. He also has come under intense criticism from Republicans and Democrats for delaying the release of a full accounting of the deaths.

âThe continued allegations are deeply disturbing and concerning. The behavior described has no place in the workplace,â Senate Majority Leader

said in a statement.

Some Republican lawmakers, including

a Republican from Niagara County, said he would convene GOP senators on Sunday to discuss âthese egregious allegations and any next steps that our conference must take.â

Assembly Republicans and some of the harshest Democratic critics had already called for Mr. Cuomo to be impeached over the nursing-home issue. The effort hasnât gained traction with Democratic leaders of the chamber. 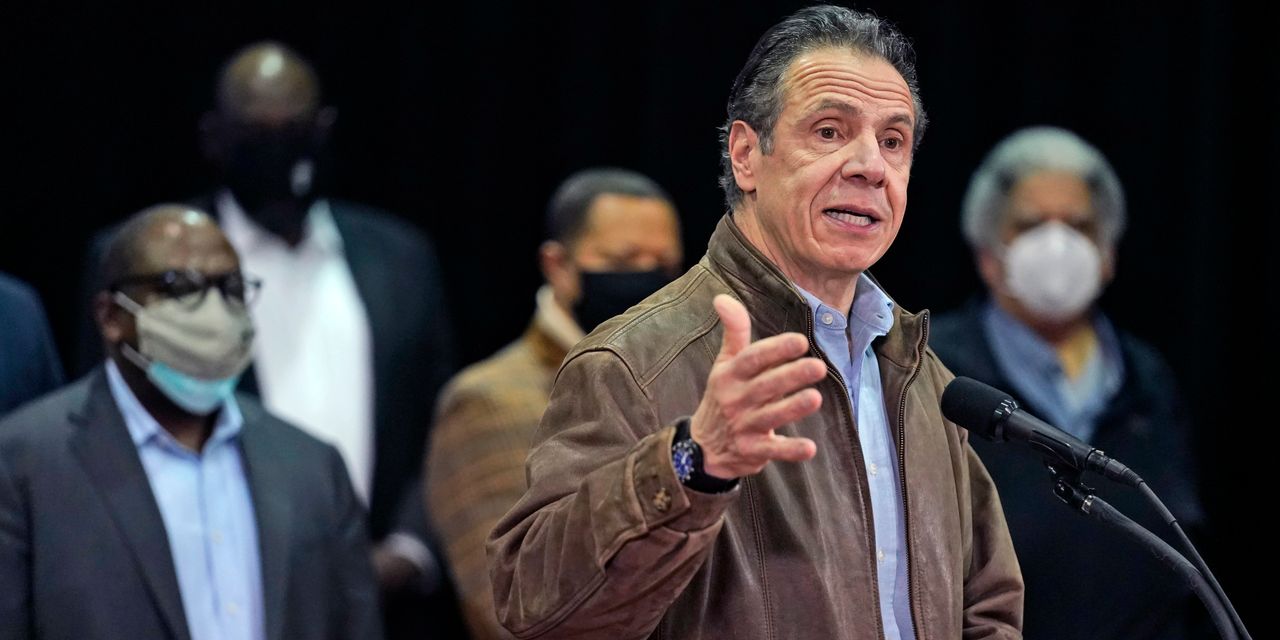