That stark assessment relates to one minister’s admission that the plan allows the government to break international law.

The UK’s archbishops have penned a rare joint letter warning that the government’s controversial new Brexit legislation could undermine trust between the four home nations.

Ahead of peers in the House of Lords debating the Internal Market Bill on Monday, the archbishops of Armagh, Canterbury, York, Wales and the Scottish Episcopal Church said that in its current form it could pose “enormous moral, as well as political and legal, consequences”.

That stark assessment relates to one minister’s own admission that the plan does allow the government to break international law in a “limited and specific way”.

The letter, to be published in the Financial Times, describes the suggestions on how the four home nations will trade with each other after Brexit as an “entirely novel system, replacing one that evolved slowly and by careful negotiation over decades”.

It raises concerns about the bill’s ability to “equip a government minister to break international law”, adding it would create a “create a disastrous precedent” in the future.

The bill, which is due to be read for a second time in the House of Lords on Monday, is currently going through the process to be turned into legislation.

After it was published on 9 September, it became a contentious topic as it overrides parts of Britain’s legal divorce deal with the EU, known as the Withdrawal Agreement

Northern Ireland Secretary Brandon Lewis had sought to defend the bill when he admitted it breached international law and said the government was trying to “disapply” EU legislation.

He added that there are “clear precedents for the UK and other countries needing to consider their international obligations as circumstances change”, but drew condemnation from across the Commons – including the former prime minister Theresa May.

And in a report published on Friday by the House of Lords Select Committee on the constitution, peers said ministers should listen to the concerns of the devolved administrations over the bill and amend it accordingly.

In their letter to the peers, Reverends John McDowell, Justin Welby, Mark Strange, John Davies and Stephen Cottrell said: “The Scottish Parliament and Welsh Senedd have made clear that the bill’s weakening of both the principles and the effect of devolved policymaking is of constitutional significance.

“Moreover, if the bill is made law without consent from devolved legislatures (as will happen if it is not amended to address their concerns), this will further undermine trust and goodwill among those who govern the different parts of the United Kingdom.”

It adds: “The UK negotiated the Northern Ireland Protocol with the EU to ‘protect the 1998 Agreement in all its dimensions’.

“One year on, in this bill, the UK Government is not only preparing to break the protocol, but also to breach a fundamental tenet of the Agreement: namely by limiting the incorporation of the European Convention on Human Rights in Northern Ireland law.

“If carefully negotiated terms are not honoured and laws can be ‘legally’ broken, on what foundations does our democracy stand?”

The bishops’ letter comes as the government launches a new “time is running out campaign” to urge businesses to prepare for a no-deal Brexit.

The move follows the collapse of trade negotiations between Lord Frost and Michel Barnier last week, which ended with Lord Frost, the UK’s chief negotiator, telling his EU counterpart not to bother returning to the UK this week.

Boris Johnson’s controversial Internal Market Bill isn’t just opposed by leading bishops, including Justin Welby. It will also face an unholy battering when it’s debated for the first time in the House of Lords.

The Archbishop of Canterbury is one of 113 peers due to speak at the bill’s two-day second reading debate – when it won’t be defeated, because their lordships don’t do anything so vulgar as defeat bills at second reading – but it will face bitter opposition.

And over the next few months – in what promises to be a fractious committee stage – it will be pulled apart, chewed up and spat out by the overwhelmingly pro-Remain House of Lords, putting peers on a collision course with the Commons and setting up a bruising clash with the prime minister.

Dr Welby, along with his fellow archbishops from Armagh, Wales, York and the Scottish Episcopal Church, claim the bill – which overrides the prime minister’s own EU Withdrawal Agreement – “would create a dangerous precedent”.

They claim: “It is particularly disturbing for all of us who feel a sense of duty and responsibility to the Good Friday (Belfast) Agreement – that international treaty on which peace and stability within and between the UK and Ireland depends.”

There will be plenty of peers who will wholeheartedly agree with that. And not just the fully paid up Remoaners, Brussels lovers and pro-EU bores on the Labour, Liberal Democrat and cross benches in the House of Lords.

Also due to speak in the second reading debate are hardline Tory Euro-sceptics including Michael Howard and Norman Lamont, both of whom have already spoken out strongly against the Bill in the Lords.

Lord Howard demanded to know how could the UK “reproach” Russia, China and Iran for their conduct when it was prepared to break international laws.

Also speaking from the Tory benches in the debate will be Howard and Lamont’s old Cambridge contemporary – and Brexit adversary – Kenneth Clarke, new to the Lords and who has only recently made his maiden speech.

Clarke, a former justice secretary and lord chancellor, is one of many lawyers speaking. And while bruiser Ken will join in the political demolition of the Bill, his learned friends will no doubt be raising intricate legal objections, as if the Lords chamber were a courtroom.

Also due to speak is the former Commons Speaker Betty Boothroyd, 91 earlier this month, and the former clerk of the Commons Robert Rogers, now Lord Lisvane, the oracle on all matters procedural.

Tory opposition in the Commons was led by former prime minister Theresa May, who in a powerful speech last month denounced the bill as “reckless” and said it would “damage trust in the UK”.

If the bill were passed, she said, “our reputation as a country that sticks by its word will have been tarnished”. In the vote on the bill at third reading, however, she abstained, rather than vote against it.

In the Lords this time, her representative on earth, her former Downing Street chief of staff Gavin Barwell – enabled in her resignation honours – is also on the list of speakers.

As well as Mrs May, the other four living former prime ministers – Sir John Major, Tony Blair, Gordon Brown and David Cameron – have all spoken out against the bill.

Now it’s the turn of their lordships, who will no doubt inflict the wrath of God on the bill – aided by the UK’s most senior archbishop. 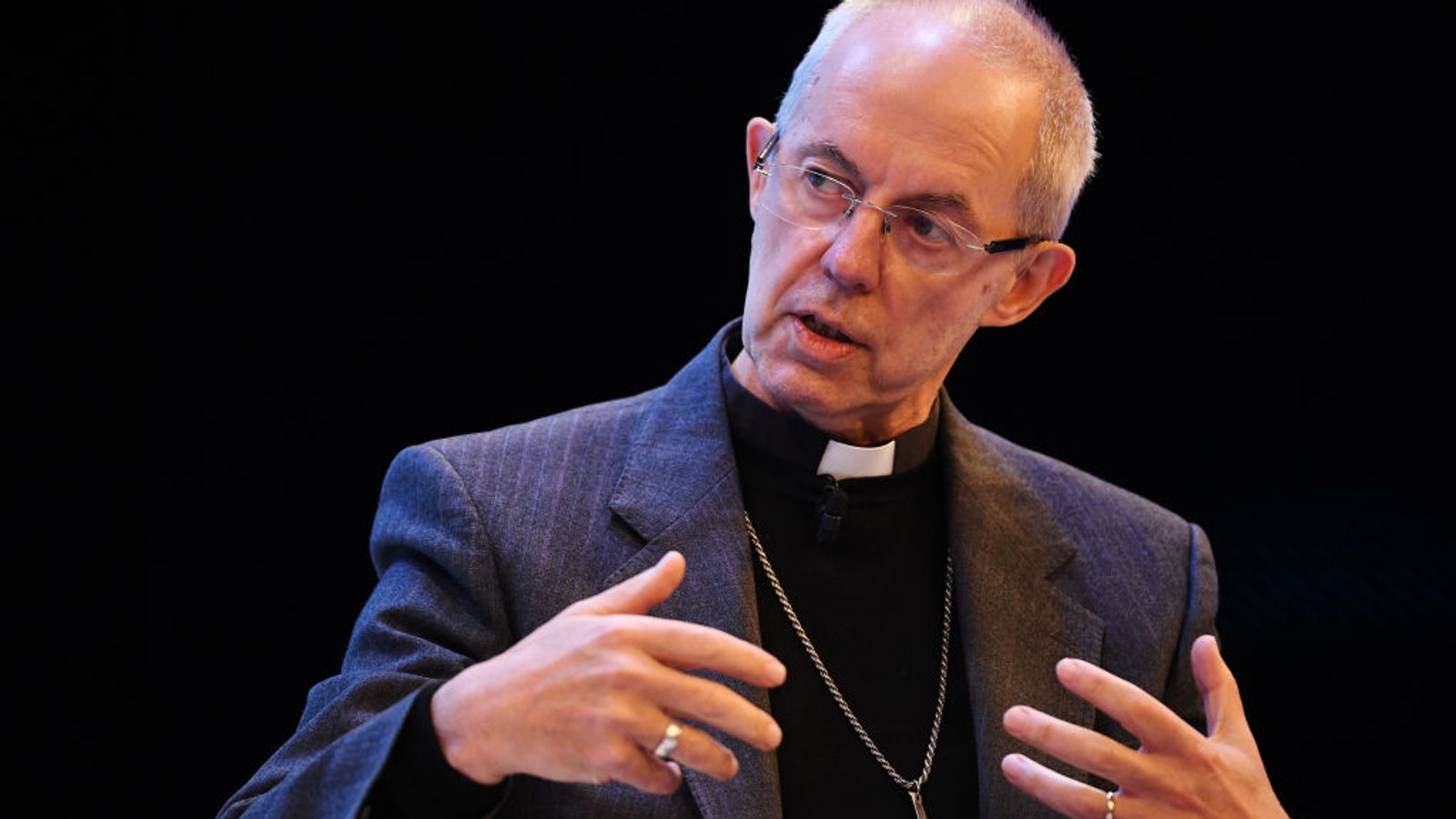