Boris Johnson had set a deadline of last week’s European Council summit of the bloc’s leaders in Brussels to have a Brexit trade deal agreed with the EU before the end of the transition period on December 31. But the Prime Minister and his chief negotiator Lord Frost accused the EU leadership of “abandoning the idea of a free trade deal” before warning Britain in a televised statement it is now time to prepare for a no-deal Brexit. Following the conclusion of the EU summit, Lord Frost told Brussels counterpart Michel Barnier there was no point coming to London for more talks next week.

EU leaders and officials have continued to retaliate, claiming the UK Government is to blame for the breakdown in talks because of their unwillingness to compromise.

Fisheries has been a key stumbling block in negotiations, with Emmanuel Macron insisting access for his country’s fishermen into British waters should not be compromised as part of any agreement between London and Brussels.

During the summit in Brussels last week, he warned “our fishermen will not be the victims of Brexit”, and added: “We didn’t make that choice. The British people did”. He also warned France is ready for a no deal outcome.

Now Express.co.uk readers have firmly pointed the finger of blame at the French President for being the main cause of the latest breakdown in talks between the UK and EU.

The latest poll, which ran from 1pm until 8pm on Sunday October 18 and saw more than 10,000 votes cast, asked: “Who is causing trade deal deadlock between UK and EU?”

More than a quarter (27 percent or 2,728 readers) voted the EU’s chief Brexit negotiator Michel Barnier – who has been engaged in crunch talks with UK counterpart Lord Frost over recent weeks.

“Once French fishermen realise they can no longer fish in British territorial waters, they will go ballistic, his political career will be over.”

Commenting on France, another reader wrote: “Their super trawlers are ripping up our sea beds and ruining fish stocks and environments.

“Well, have a few months of unrest from the French skippers, then they will get bored and think of something else to do.

“Our fishing industry was wrecked by the deals with the EU and it’s time we got it up and running again.

They added: “Germany will suffer more from not exporting their cars to us, so they will soon get their backsides kicked by EU industry and plead with us to trade again!”

A third person commented: “Macron threatening to stop our energy supplies now makes me even more determined we should tell them to do one.

Separately, one other Express.co.uk reader urged the UK to walk away from trade talks with the EU without a deal in place.

They said: “The EU had no intention of EVER allowing the UK to leave, therefore there was no need to negotiate a trade deal!”

Cabinet Office minister Michael Gove has insisted the door was still “ajar” for post-Brexit trade talks to continue with the EU.

But he accused EU officials not being serious about making compromises and said they would have to back down if Mr Barnier was to resume negotiations in London this week.

Mr Gove was also talks could resume with Mr Barnier, to which he replied: “The ball is in his court.

“We’ve made clear that we need to see a change in approach from the European Union. 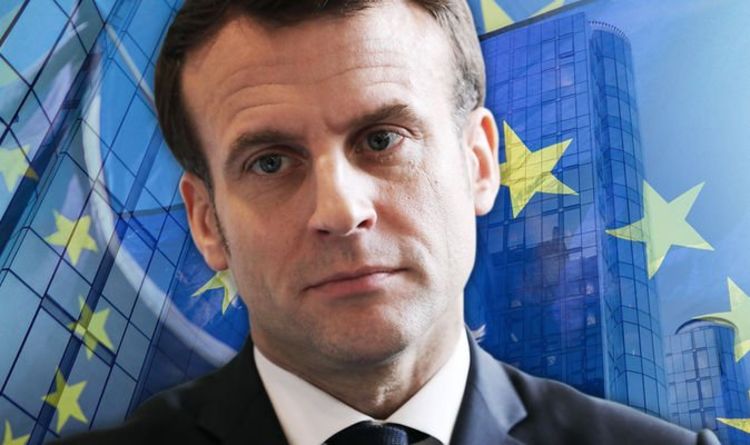