Boris Johnson and his chief negotiator Lord Frost have accused the EU leadership of “abandoning the idea of a free trade deal” before telling the UK it was time to prepare for a no deal Brexit. But EU leaders and officials said the UK Government was to blame for the faltering talks because of their unwillingness to compromise. Meanwhile, business leaders have urged both sides to get back around the table to thrash out a deal.

The situation remains tense after Lord Frost told EU negotiator Michel Barnier there was no point coming to London for more talks next week.

Mr Gove accused EU officials of not being serious about making compromises and said they would have to back down if Mr Barnier was to resume negotiations in London.

But he said “we are ready if required” to leave without a trade deal, which he admitted would not “be a picnic”.

Mr Gove told Sky’s Sophy Ridge on Sunday the chances of getting a deal are “less” than the 66 percent he had previously predicted.

He said: “It’s less. I can’t be precise, but one of the reasons why it’s less is the position that’s been taken in the last couple of weeks by European Union leaders.”

He said the EU had refused to work on a detailed legal draft text during negotiations and of not being “willing to intensify the talks” while making unacceptable demands on access to British fishing waters.

Mr Gove said: “And so that seems to me to be the behaviour of an organisation and an institution that is not serious about making the compromises necessary to secure a deal.”

Asked if talks could resume with Mr Barnier, he replied: “The ball is in his court.

“We’ve made clear that we need to see a change in approach from the European Union.

On Friday, the Prime Minister’s official spokesman said there was “no point” in Mr Barnier travelling to London unless the 27 EU member states were willing to alter their position or wanted to discuss sector by sector arrangements to prepare for no deal.

Business leaders said UK and EU negotiators should stop making declarations to the press and get back around the table to secure a Brexit outcome.

British Chambers of Commerce director-general Adam Marshall told Sky News’ Sophy Ridge programme that businesses feel like they are living in a bit of “pantomime theatre” between the two sides.

DON’T MISSBoris’s Brexit plot may have ‘put US-UK trade deal at risk'[ANALYSIS]Brexit trade deal: UK told to prepare – What is Australia style deal?[FOCUS]How much will no-deal Brexit cost the UK? The staggering estimate[SPOTLIGHT]

Asked about the prospect of a no deal outcome, he said: “Businesses are hugely concerned and it is not the preferred outcome for the vast majority of companies around the country.

“Quite frankly, what businesses feel they are living in is a bit of pantomime theatre between the two sides right now.

“If, as has been reported, the two sides have gotten closer on a number of issue areas, we want them to stop making declarations to the press, get back into the room around the table and secure an outcome.

“That’s what’s in the mutual interest of both sides in this discussion and rather than convening press conferences, that’s really what we need to see.” 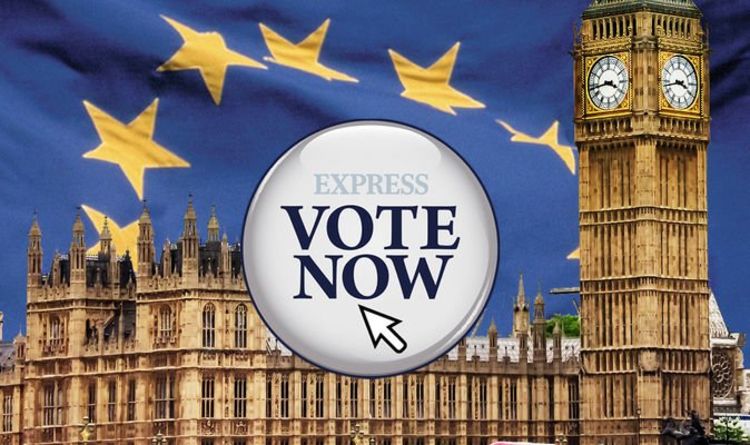