A jobs crisis is poised to hit up to a million young people within weeks, creating a new âCovid generationâ that will struggle to find work, according to alarming new analysis of the pandemicâs likely economic effects.

With tensions mounting between Westminster and city regions, led by Greater Manchester, over attempts to impose further Covid restrictions, the chancellor, Rishi Sunak, is facing growing pressure to give greater support to young people trying to get on the first rung of the jobs ladder.

Research by one of the UKâs leading labour-market experts, Paul Gregg, professor of economic and social policy at Bath University, reveals that almost 1 million vulnerable 16- to 24-year-olds who are not in full-time education or employment will face significant barriers to work when the furlough scheme ends this month.

The warning comes as the archbishop of Canterbury, Justin Welby, joined the debate, calling for a programme to encourage full employment that he described as âa matter of conscienceâ. He said: âIt is a fundamental matter of respect and love for our neighbour that in our nation the economy is meant, among other things, to serve the cause of fulfilling work for all.â

The new study, to be published on Monday, finds that the end of furlough, the scarcity of new positions and the arrival of school and college leavers in the job market will present young people with bleak prospects unless more support is offered. It warns that the prime ministerâs âopportunity guaranteeâ to young people of an apprenticeship or an in-work placement falls âsignificantly short of what is neededâ.

On Sunday, the mayor of Greater Manchester, Andy Burnham, who is resisting calls for his region to be placed in the new tier 3 restrictions, will call for parliament to intervene to break the deadlock with regions by creating a fair system of support for people whose employers have to close their businesses as a result of anti-infection measures.

Further evidence of the growing tension within the Conservative party has emerged after it was revealed 20 MPs from Conservative heartland seats in southern England have written to the Labour leader, Kier Starmer, and Greater Manchester mayor, Andy Burnham, asking them to work with the governmentâs regional policy. Starmer has called on the government to impose a two-week âcircuit breakerâ lockdown.

The letter, signed by Norfolk MP Jerome Mayhew, says a national lockdown is the wrong approach. It says that businesses would close and jobs would be lost in Manchester irrespective of a national or regional lockdown. It goes on to claim that a national lockdown would cause tens of thousands of job losses in southern Tory constituencies despite the fact most are areas of low infection prevalence. Steve Double, Damian Green, Dan Poulter and Anne-Marie Morris are other Tories to sign.

The letter sparked sharp responses from fellow Tories representing constituencies in the Greater Manchester area. William Wragg, MP for Hazel Grove, replied: âMay I politely ask that colleagues concern themselves with their own constituencies. I would not wish tighter restrictions on their constituents. Weâre willing to work constructively to improve the situation in Greater Manchester and would ask for the short time and space to do so.â

Christian Wakeford, the Bury South MP, said bluntly: âInterventions from fellow members who donât understand the situation are neither wanted nor helpful.â

Bolton MP Chris Green, who resigned as junior government minister last week, said: âI have never thought that the affairs of Norfolk should be determined by what may be of benefit to parts of Lancashire, Cheshire and Yorkshire. Science matters but this No.10 approved communication does not.â

Writing in the Observer, the former prime minister Gordon Brown â one of the first people to call for a furlough scheme at the start of the pandemic â says it is âbarely believableâ that a million young people would need urgent help in just two weeksâ time. He warns of âa Covid generation as desolate and as neglected as the YTS [Youth Training Scheme] generation of the 1980sâ.

Brown adds: âNow, as then, youth unemployment in north, Midlands, Wales, Scotland and Northern Ireland and in the inner cities will exceed 20%. Young people there need local and national government working together to help them through. But the very areas with the greatest needs are the ones who are protesting that the centre listens to them least.â

Meanwhile, Conservative MPs are also demanding help for workers and companies under tier 2 restrictions, which are not eligible for the support offered to the highest-risk areas. Local leaders and Boris Johnson remain at odds over the level of financial support going to companies affected by stricter restrictions.

On Saturday, senior Tories in Essex, which has been placed in tier 2, demanded more support. A letter to the prime minister signed by MPs including Sir Bernard Jenkin, chair of the liaison committee, Robert Halfon, chair of the education committee, and Eleanor Laing, a deputy speaker, states: âBusinesses in our constituencies are very clear about the adverse impact [of] tier 2 restrictions, particularly in the hospitality sector. Many fear they may have to close for good â¦ Please can you review the level of financial support in place for businesses under these restrictions. This is necessary to avoid permanent economic damage to the local and national economy and this must also apply to other regions of England.â

The letter has the private backing of several ministers. Jenkin said: âWe are facing a much better situation with regard to Covid than we were in the spring. We protected business then, so why on earth let businesses go bust now? The government simply must provide the support to stop needless redundancies and bankruptcies because of the latest lockdown restrictions.â

Senior scientists are warning that the disputes over restrictions come at a critical moment. Graham Medley, a member of the governmentâs Scientific Advisory Group for Emergencies (Sage) and chair of its sub-committee on modelling, told the Observer the debate around the level of restrictions should have taken place over the summer. âThe danger is that itâs happening now, while we are two weeks away at most from hospitals in the north-west being in the same state as they were in the beginning of April,â he said. âIt does feel a bit close, because these things have to be resolved very quickly.â

Burnham will call on Sunday for parliament to agree a three-point plan including a âfair furloughâ of 80% of wages for those whose companies are forced to close under tier 3 restrictions. He will also demand that 80% of incomes of self-employed people such as taxi drivers and security workers be guaranteed. His third demand will be for a greatly enhanced business support scheme. âAs it is at the moment, winter in tier 3 for low-paid workers will be unimaginable,â Burnham said.

A spokesman for the mayor said that if Johnson forced tier 3 restrictions on the area, Burnham would encourage people to obey the new regulations but would make clear that he did not agree with them and believed they were unfair. On Saturday, Downing Street said it was open for more talks with Burnham but the mayorâs office said none had been arranged, though it was ready if an offer and a time was made.

A Treasury spokesperson acknowledged that young people would be hit especially hard by the crisis, adding: âWeâve backed hundreds of thousands of young people to find good jobs through the Â£2bn Kickstart scheme, invested in increasing the number of apprenticeships, traineeships and work coaches, and continue to help unemployed people of all ages back to work through our multi-million pound Job Entry Targeted Support programme. Our focus from the outset has been on supporting those in need â and analysis shows that the youngest and poorest benefited most from our initial economic interventions. This support will continue as we look to revitalise the economy, build back better and create, protect and support jobs.â 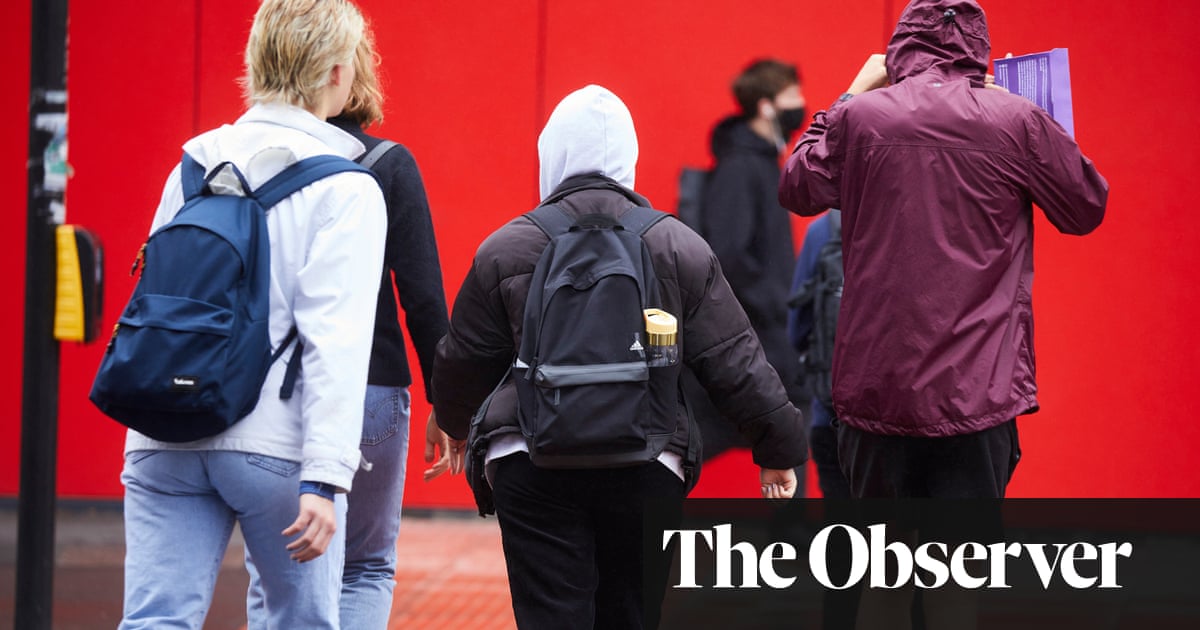