Downing Street says it has attempted to set up talks about Manchester, but the mayor says “nothing has yet been arranged”.

The war of words between Greater Manchester’s political leaders and the government over the strictest coronavirus restrictions shows no sign of ending at the moment.

Confusion grew on Saturday as Downing Street said talks had been set up with Andy Burnham – but the Mayor of Manchester’s team said nothing had been arranged.

Political leaders in the region have so far refused to accept being placed under Tier 3 rules, the highest level of coronavirus restrictions, without greater financial support for businesses and residents, even though cases are rising fast.

“We will continue to try and reach an agreement on these difficult yet necessary measures to protect the NHS and the people of Manchester,” Downing Street said in a statement, later saying a call had been planned for Sunday.

Boris Johnson was also under renewed pressure on Saturday to impose a short national lockdown known as a circuit-breaker, to slow the resurgence of COVID-19.

Liverpool was the first city to be placed under Tier 3 restrictions, with Lancashire following on Saturday. New Tier 2 controls have also been imposed on London, meaning 28 million people – more than half of England – are now living under heightened regulations.

Despite the confusion over talks in Manchester, the region’s police chief has said officers will enforce the restrictions “without fear or favour”.

In an open letter responding to reports the government has not imposed Tier 3 measures on the area over fears police would not enforce them without the mayor’s backing, Chief Constable of Greater Manchester Police Ian Hopkins said that while “accountable” to Mr Burnham, he is “operationally independent”.

Mr Hopkins said in the letter: “We carry out operational policing without fear or favour and in line with the Police Service’s code of ethics alongside colleagues across the country.

“It is for local and national politicians to agree the necessary restrictions to keep us all safe.

“As the chief constable I will then ensure my officers and staff enforce these in a proportionate manner alongside our local authority partners.”

Mr Hopkins said he has been in contact with both the mayor and Home Secretary Priti Patel throughout the pandemic.

“We are all agreed that there needs to be a proportionate level of enforcement to existing regulations,” he said, adding he had “support” from both in relation to the force’s approach.

The sides have been at loggerheads since ministers announced the area was being placed in Tier 3.

Mr Burnham accused ministers of using the region as a “canary in a coalmine” to test the strictest rules and demanded more cash to support local businesses.

Boris Johnson tried to increase pressure on Mr Burnham during a Downing Street news conference on Friday, threatening to impose the measures if local leaders did not accept them.

But the mayor and council leaders across the region responded by insisting they have done “everything within our power to protect the health of our residents”.

Mr Burnham has threatened legal action if Tier 3 restrictions are imposed on the city without agreement.

The pressure on Boris Johnson for a so-called “circuit breaker” national lockdown is growing – and not just from the usual suspects of opposition MPs and trade unions, who the prime minister despises in equal measure.

The call for a two-week half term, as part of a circuit breaker lockdown, from the National Education Union will not persuade the prime minister. He views the teaching unions with disdain after they opposed schools re-opening in the summer.

Nor will Mr Johnson want to be seen to bow to pressure from Sir Keir Starmer. Downing Street this week called the Labour leader “a shameless opportunist playing political games in the middle of a national pandemic”.

But the PM may be concerned by comments by Jeremy Hunt – former health secretary, chairman of the Health Select Committee and his defeated rival for the Tory crown – who said he had sympathy for warnings from scientists that a national measure might be needed.

And it’s the scientists, led by the government’s own boffins on Sage, who proposed the circuit breaker back in September, and senior advisers such as Professor Chris Whitty and Sir Patrick Vallance, who carry the most clout – and whose pressure on the PM may prove decisive.

News – Coronavirus: Manchester mayor continues war of words with No 10 over Tier 3 measures 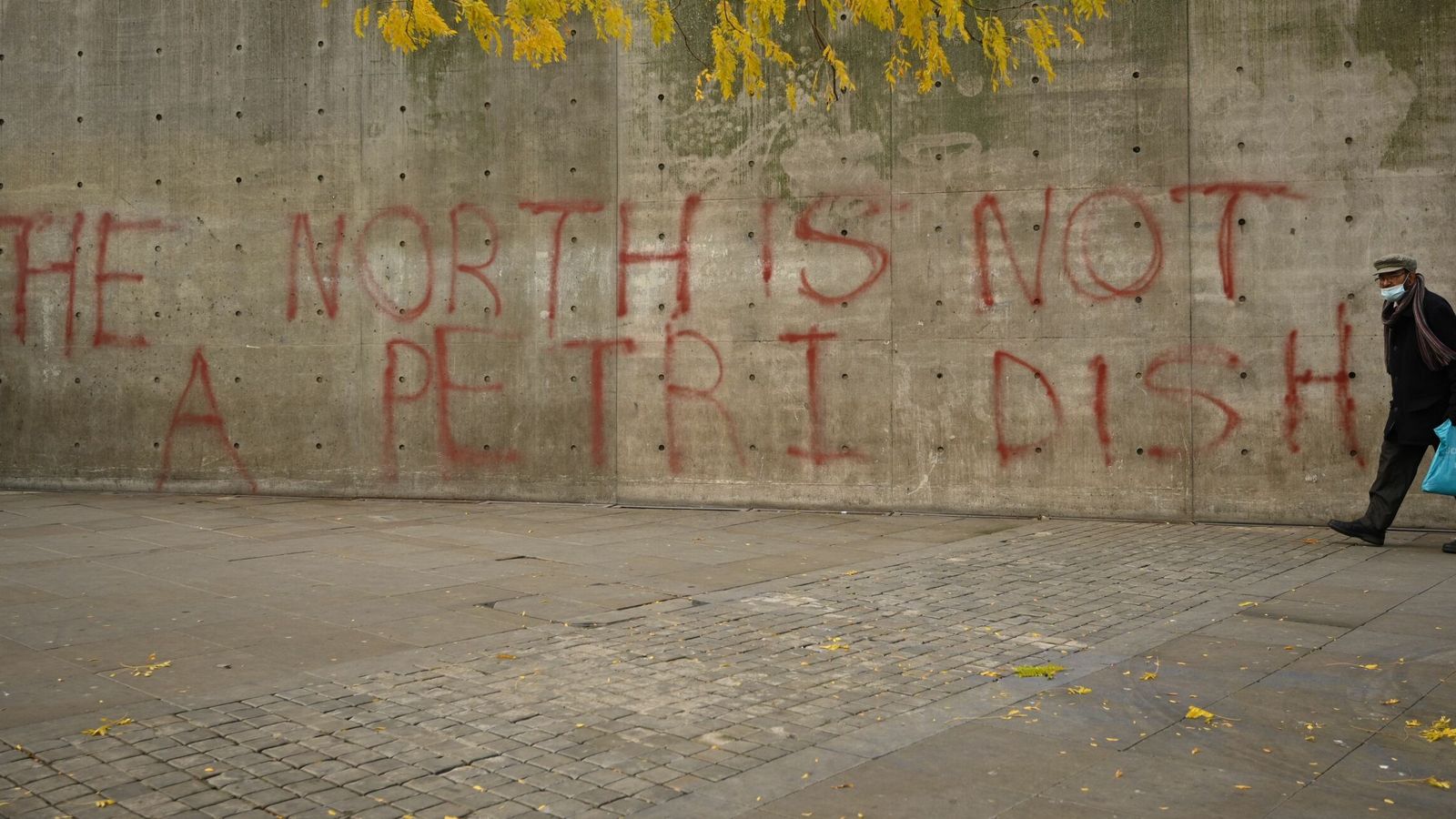