1. Exhaustion and impatience are creating new risks as coronavirus cases soar in parts of the world. Nearly 40 million people have been infected globally.

In Europe, cases are rising and hospitalizations are up. Britain is imposing new restrictions, and France has placed cities on “maximum alert.” Germany (Munich, pictured above) and Italy set records for the most new daily cases. This is the state of the virus around the world.

The virus has taken different paths through these countries as leaders have implemented a range of restrictions. But a common sentiment emerged: a public weariness of the coronavirus and a growing tendency to risk its dangers, out of desire or necessity.

One New Yorker summed it up: “I am so tired of everything. Is it going to be over? I want it to be over.”

2. Joe Biden is vastly outspending President Trump in television advertising, maintaining a nearly 2-to-1 advantage on the airwaves.

His dominance is most pronounced in three critical swing states — Michigan, Pennsylvania and Wisconsin — where he spent about $53 million to Mr. Trump’s $17 million over the past month. In Pennsylvania alone, Mr. Biden ran 38 different ads during a single week. We broke down how and where the candidates are spending their money.

But the Biden camp is urgently warning against complacency in the final stretch of the race, stressing that polls, many of which show a wide Democratic lead over Mr. Trump, can be faulty or imprecise — as they were in 2016.

And federal appeals courts, stocked with Mr. Trump’s appointees, have steadily sided against Democrats and civil rights groups in voting cases. Their rulings are helping his re-election campaign even before any major dispute makes it to the Supreme Court.

3. Less than three weeks before the election, some Republican lawmakers are beginning to publicly distance themselves from the president in a rush to re-establish their reputations and political brands.

Senator Ted Cruz warned of a “Republican blood bath of Watergate proportions,” and Senator Lindsey Graham, one of the president’s most vocal allies, predicted the president could very well lose the White House. They’re pictured on Capitol Hill this week.

Mr. Trump’s cabinet also fears a November loss: Cabinet departments are scrambling to push through dozens of new regulations that will affect the lives of millions of people.

Separately, Women’s March protesters took to the streets in Washington on Saturday, galvanized by their opposition to Mr. Trump and his nomination of Judge Amy Coney Barrett to the Supreme Court. The march was met with a counterprotest in support of Judge Barrett.

4. The election has become a referendum on the soul of the nation. Everyone, it seems, is fighting for it.

It is a phrase that has been constantly invoked by Democratic and Republican leaders, but our faith and politics correspondent wanted to know: What, exactly, is the soul of the nation? And what would it mean to save it? The answers lie in the identity and future of the American experiment itself.

As Joe Biden, pictured above in 1970, seeks the White House with a pledge to soothe the nation’s wounds, he has been left to deflect President Trump’s charge that he is a tool of leftist agitators. Friends say that he has never been this way, even as a young man surrounded by protest.

We also looked at two key voting blocs at the center of the election: white women in the suburbs and Democrats and independents who sat out 2016. For the most part, both groups are throwing their support behind Mr. Biden.

5. Our reporter looked at the evolution of “white supremacy” in America, a phrase once reserved for hate groups that has poured into the nation’s rhetorical bloodstream.

The N.F.L., museums and colleges have been accused of “white supremacy” as discussions about race have evolved. Many see the phrase as a more accurate way to describe today’s racial realities; But some Black scholars, businessmen and activists — on the right and the left — balk at the phrase, seeing it as a divisive term rather than an explanatory one.

“It comes from anger and hopelessness and alienates rather than converts,” a sociologist at Harvard University said.

Times journalists are reporting on this election from all angles. They’re examining candidates, uncovering hidden stories, explaining polls, showing how to vote during a pandemic and more. Our subscribers make this coverage possible. Please consider subscribing today.

6. Three years ago, Jacinda Ardern was a last-minute choice to lead New Zealand’s Labour Party. On Saturday, the prime minister cruised to re-election.

After managing the responses to the 2019 Christchurch terrorist attacks and the White Island volcano eruption, and implementing a “go hard, go early,” approach that has effectively stamped out the pandemic from her country — all while navigating the birth of her first child — Ms. Ardern has become a global standard-bearer for a compassionate brand of progressive politics.

“We will govern as we campaigned — positively,” Ms. Ardern said in her acceptance speech, adding: “We will build back better from the Covid crisis. This is our opportunity.”

That’s Drew Kanevsky, above, a Jets season-ticket holder since 2002 and one of scores of football fans in the Northeast who have had to watch their teams’ dim performances from afar (both the Jets and the Giants are 0-5).

The void Mr. Kanevsky feels is yet another muted consequence of a pandemic that has muted so many joyous occasions, but also deprived the sporting world of a critical side of fandom: the collective venting.

In baseball, the World Series matchup is almost set: The Tampa Bay Rays will face either the Atlanta Braves or the Los Angeles Dodgers in the World Series. The Dodgers forced a Game 7 on Sunday.

The actor is reviving his riotous, satirical character and playing the political activist Abbie Hoffman in Aaron Sorkin’s new Netflix movie, “The Trial of the Chicago 7.” In a rare interview, he told Maureen Dowd he felt the need “to ring the alarm bell and say that democracy is in peril this year.”

Mr. Sorkin said that the day Mr. Baron Cohen shot his scene on the witness stand reminded him of the day Jack Nicholson shot his courtroom scene in “A Few Good Men.”

It’s a bold claim, but one that Ravneet Gill embraces. And so far, no one’s contested it. Ms. Gill, a British pastry chef, ran countless tests to arrive at her version of the classic recipe and at the end of March, she went live on Instagram. The masses followed.

The cookies initially came from a chef she worked with at a private member’s club, who scribbled the formula on a piece of paper for her.

Later, when the recipe went missing, she reverse-engineered the cookies. She landed on a blend of dark brown and caster (or superfine) sugars, rolling the dough into balls right away and then chilling for 12 hours. There was one surprising omission: vanilla, given its steep price. Here’s the recipe.

Tenants who evicted their landlord. A celebration of PBS on its 50th birthday. Daily life among the caretakers of Britain’s small islands, above. All these stories and more headline the latest edition of The Weekender.

And check out these nine new books our editors recommend, the latest TV recommendations from Watching and new music from Stevie Wonder.

Have you been keeping up with the headlines? Test your knowledge with our news quiz. And here’s the front page of our Sunday paper, the Sunday Review from Opinion and our crossword puzzles.

What did you like? What do you want to see here? Let us know at [email protected] 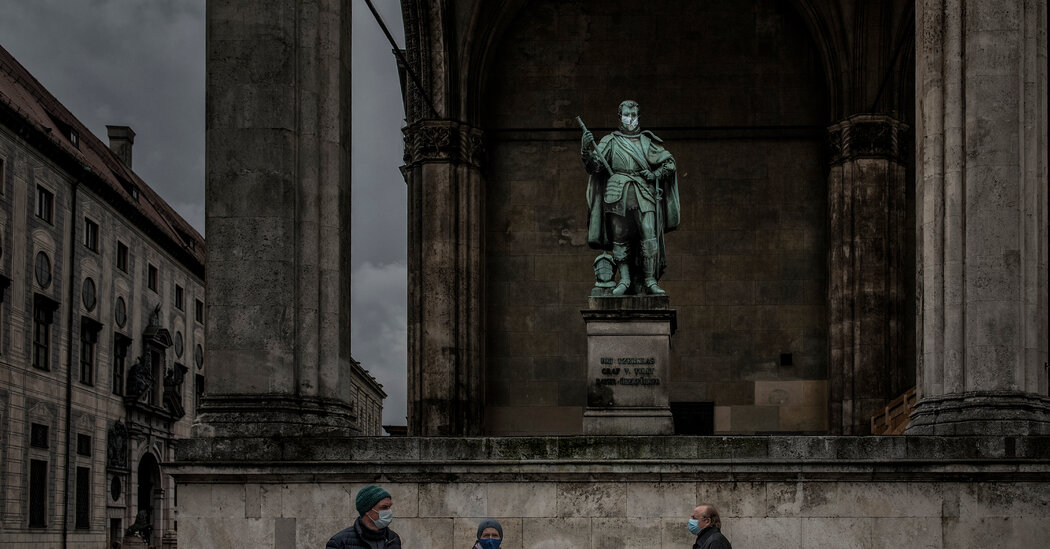