Apathy is making it harder to prevent outbreaks. A school district’s reopening amid an outbreak yielded chaos.

Early results of a few small studies offer a glimmer of hope that, in at least some cases, patients with lung damage caused by Covid-19 showed signs of recovery, especially with intensive aftercare and exercise.

Lingering shortness of breath and diminished stamina have dogged many Covid-19 patients, and doctors have worried that the lung damage might be irreversible.

In one of the studies, a group of doctors at the University Clinic of Internal Medicine in Innsbruck, Austria, observed similar improvements in their 86 patients.

Even after rehabilitation, many were still coughing and short of breath as they went home, equipped with exercise instructions and breathing devices — small, inexpensive plastic tubes that require one to breathe in and out with force.

But as they came back for checkups weeks later, their CT scans showed improvement, doctors said. Fluids were clearing from their lungs, and the white-glass lesions often seen in Covid pneumonia were lessening, sometimes disappearing entirely and sometimes noticeable only as thin white bands.

“There are some signs of reversible damage,” said Dr. Thomas Sonnweber, a co-author of the study. At the time the patients were discharged from the hospital, 88 percent had lung damage, but 12 weeks later, only 56 percent did.

Their symptoms also improved. They coughed less, breathed and walked more easily, in some cases with markedly improved endurance.

In parts of the world where the coronavirus is resurging, the outbreaks and a rising sense of apathy are colliding, making for a dangerous combination.

Health officials say growing impatience is a new challenge as they try to slow the latest outbreaks, and it threatens to exacerbate what they fear is turning into a devastating autumn.

“People are done putting hearts on their windows and teddy bears out for scavenger hunts,” said Katie Rosenberg, the mayor of Wausau, Wis., a city of 38,000 where a hospital has opened an extra unit to treat Covid-19 patients. “They have had enough.”

The issue is particularly stark in the United States, which has more known cases and deaths than any other country. But a similar phenomenon is sending off alarms across Europe, where researchers from the World Health Organization estimate that about half of the population is experiencing “pandemic fatigue.”

In some parts of the world, behavior has changed and containment efforts have been tough and effective. Infections have stayed relatively low for months in places such as Australia, Japan, New Zealand, South Korea and China, where the virus first spread. After a dozen cases were detected in the Chinese city of Qingdao, the authorities sought this past week to test all of its 9.5 million residents.

Siddharth Sridhar, an assistant professor of microbiology at the University of Hong Kong, said, “We have very little backlash here against these types of measures.”

“If anything,” he added, “there’s a lot of pushback against governments for not doing enough to contain the virus.”

The response in the United States and much of Europe has been far different. People who once would not leave their homes are now considering dining indoors for the first time.

Beth Martin, who is working as a contact tracer in Marathon County, Wis., said she had interviewed a family that became sick through what is now a common situation — at a birthday party for a relative in early October.

“Another case said to me, ‘You know what, it’s my adult son’s fault,’” Ms. Martin recalled. “‘He decided to go to a wedding and now we’re all sick.’”

Dr. Michael Landrum, who treats coronavirus patients in Green Bay, Wis., said that mask use was more widespread than in the spring and that treatment of the virus was more sophisticated.

Back then, it was not as hard to figure out where sick patients had contracted the virus. There were outbreaks at meatpacking plants in town, and many cases were tied to them. Now it is more complicated.

“The scary scenario is the number of patients who really just don’t know where they got it,” Dr. Landrum said. “That suggests to me that it’s out there spreading very easily.”

In mid-September, parents of students at Corner Canyon High School, in an affluent suburb of Salt Lake City, received a text urging them to beg the school board to keep classrooms open.

Three weeks into the school year, the number of coronavirus cases at the Corner Canyon was rising, and the district was considering shifting to online instruction.

After parents flooded the board with messages, the school stayed open. Within a week, the number of cases had nearly quadrupled. A teacher was hospitalized and put on a ventilator.

When the board finally decided on Sept. 18 to close the school temporarily, 77 students and staff members had tested positive.

And Corner Canyon was not the only school in the district to have an outbreak. By Sept. 28, Canyons School District had temporarily closed three high schools and a middle school.

The story of Canyons illustrates what can happen when schools open in communities that are failing to contain the virus. In the two weeks before the district opened for the fall, Salt Lake County had roughly 187 new cases per 100,000 people, a level at which some experts have advised against high schools opening in person; that level is two and a half times higher than the standard Washington State uses to recommend distance learning for all students.

Canyons is also an example of how the nation’s 13,000 school districts are struggling to find workable policies in the absence of clear standards from the federal government and many state governments.

“We’ve forced every school district to figure out how to respond to a pandemic on its own, and it’s insane,” said Dr. Ashish Jha, dean of the Brown University School of Public Health.

Senate Republicans will try to advance two pieces of coronavirus relief legislation next week in an effort to force Democrats to block narrower stimulus measures amid negotiations on a broader deal.

Senator Mitch McConnell of Kentucky, the majority leader, said in a statement on Saturday that he planned to hold votes to advance a stand-alone bill to revive the Paycheck Protection Program, a popular federal loan program for small businesses, and a separate $500 billion package that would provide funds for the program, which has lapsed without congressional action, money for schools, testing and tracing, as well as federal unemployment benefits.

As stimulus negotiations between Speaker Nancy Pelosi of California and the Treasury secretary, Steven Mnuchin, have limped along, Mr. McConnell has faced pressure from moderate members of his conference to act on relief legislation. President Trump’s decision to abruptly end talks, before reversing course, prompted concerns among Republicans that he had in effect guaranteed that Republicans would draw blame for the lack of federal aid.

“Working families have spent months waiting for Speaker Pelosi’s Marie Antoinette act to stop — they should not have to wait any longer,” Mr. McConnell said. “It is heartless for Democrats to continue their total blockade of any aid whatsoever unless Speaker Pelosi gets her way on countless non-Covid-related demands.”

Either piece of legislation is unlikely to receive the necessary Democratic support to advance in the chamber. This year, Democrats objected to a roughly $350 billion proposal Senate Republicans put forward because they deemed it to be an inadequate answer to the mounting economic and health toll of the pandemic.

Without congressional action and a new round of federal relief, the country’s economic recovery has continued to shudder, and millions of Americans have slipped back into poverty. Ms. Pelosi and Mr. Mnuchin, who spoke for more than an hour on Saturday night, have continued discussing the framework of a package that would cost at least $1.8 trillion, though Senate Republicans have warned that they are reluctant to support a package of that size. (The latest Democratic offer would cost around $2.4 trillion, according to an estimate the Congressional Budget Office released on Friday.)

In a statement describing the conversation, a spokesman for Ms. Pelosi, Drew Hammill, said differences remained “that must be addressed in a comprehensive manner in the next 48 hours,” including over a comprehensive testing plan and measures to address the virus’s “disproportionate impact on communities of color.” He added, “Decisions must be made by the White House in order to demonstrate that the Administration is serious about reaching a bipartisan agreement that provides for Americans with the greatest needs during the pandemic.”

An Indonesian former airline pilot who was convicted in the 2004 midair poisoning death of a prominent human rights activist has died of Covid-19, an attorney for the pilot’s family said on Sunday.

The use of poison to kill a political target, a method more recently employed by Russia and North Korea, eliminated the activist, Munir Said Thalib, who had been one of the Indonesian military’s most vocal critics. And the murder, carried out on a commercial flight of the state carrier, Garuda Indonesia, by one of its pilots, shocked the newly democratic nation.

The pilot, Pollycarpus Budihari Priyanto, 59, was sentenced to 20 years in prison for his role in the murder. He ended up serving eight years and was released in 2014. Human rights activists accused him of working for Indonesia’s intelligence agency and have long called for a thorough investigation.

Andreas Harsono of Human Rights Watch said, “The death of secret agent Pollycarpus is a stark reminder that the masterminds behind the Munir killing have evaded justice.”

An attorney for Mr. Pollycarpus’s family, Wirawan Adnan, said that Mr. Pollycarpus died of Covid-19 on Saturday, 16 days after he was hospitalized at a hospital in Jakarta.

“His death needs to be properly investigated by the competent authorities,” said Usman Hamid, executive director of Amnesty International Indonesia. “As a person who was convicted of being a field actor, Pollycarpus certainly had a lot of information regarding the Munir murder case, especially information about his superiors and the people who ordered him.”

Mr. Munir, 38, sought justice for victims of human rights abuses under the dictator, Suharto, who stepped down in 1998.

At the time of his death, he was traveling to Amsterdam to begin a study program. Mr. Pollycarpus, who was off duty, traveled on the same Garuda flight from Jakarta.

Prosecutors said that Mr. Pollycarpus had upgraded Mr. Munir’s seat to business class, where it would be easier to administer the poison, and slipped arsenic into a glass of orange juice.

Mr. Pollycarpus always maintained his innocence. Mr. Wirawan, the attorney, said that his client had been convicted because of pressure from human rights groups but that the real killer had never been caught.

“I believe that Munir was murdered,” Mr. Wirawan said. “But I don’t believe that Pollycarpus was the murderer.” 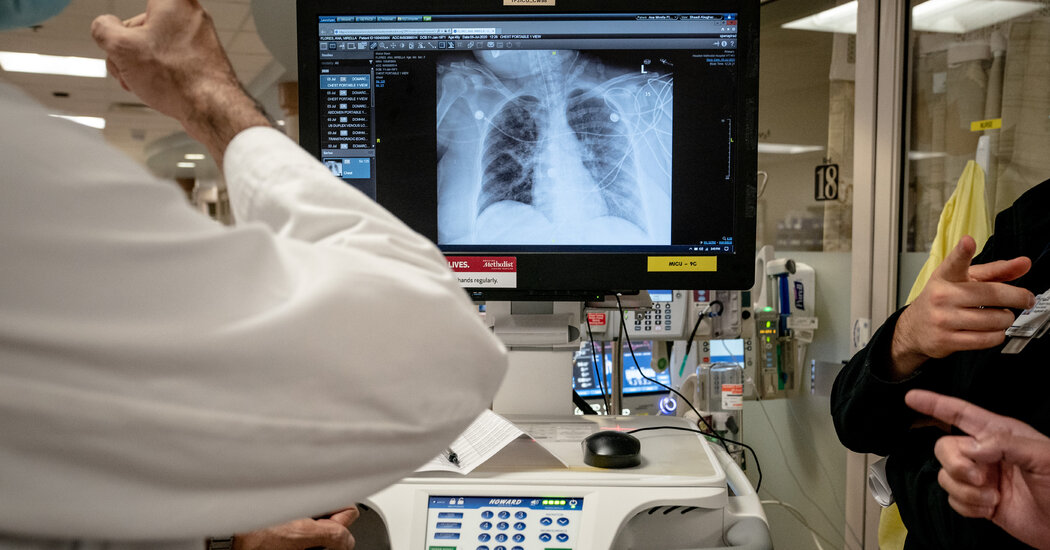