Recent statistics from the Florida Division of Elections have revealed that more people already voted by mail in the 2020 general election than did in the August 2020 primaries. The numbers also show that more Democrats have sent in their ballots than Republicans.

The number of ballots that have yet to be returned are a little more even. Of the over 3 million ballots sent out, 1,406,968 were to Democrats and 1,067,760 were to Republicans.

The statistics also show that besides the vote-by-mail ballots, no one has voted early yet. But significantly less people voted early than by mail in the primary election, with over 2 million people voting by mail, but only about 550,000 voting early.

With Florida being a swing state, Democrats leading the number of mail-in ballots may be a good sign for former Vice President Joe Biden. President Donald Trump won the Sunshine State in the 2016 election against former Secretary of State and first lady Hillary Clinton.

Politico reported that this is the first time that Democrats have ever outvoted Republicans at this point in an election in Florida. However, Democrats in the state also said it’s too early to feel that victory is definite. “The numbers are pretty staggering for us and the return rates and the polling look good,” political strategist Steve Schale said. “But there’s just a lot we don’t know.”

Besides a higher number of Democrats sending in and requesting vote by mail ballots, recent polls have shown Biden edging out the president in Florida. A poll of 690 Florida residents by News Nation and Emerson College found Biden leading Trump—with 50 percent of voters saying they were backing the former vice president, while 47 percent said they were supporting Trump. Biden’s lead is within the poll’s margin of error, which is 3.7 percent.

Newsweek reached out the Florida Division of Elections and Office of Communications for comment, but did not receive a response in time for publication. 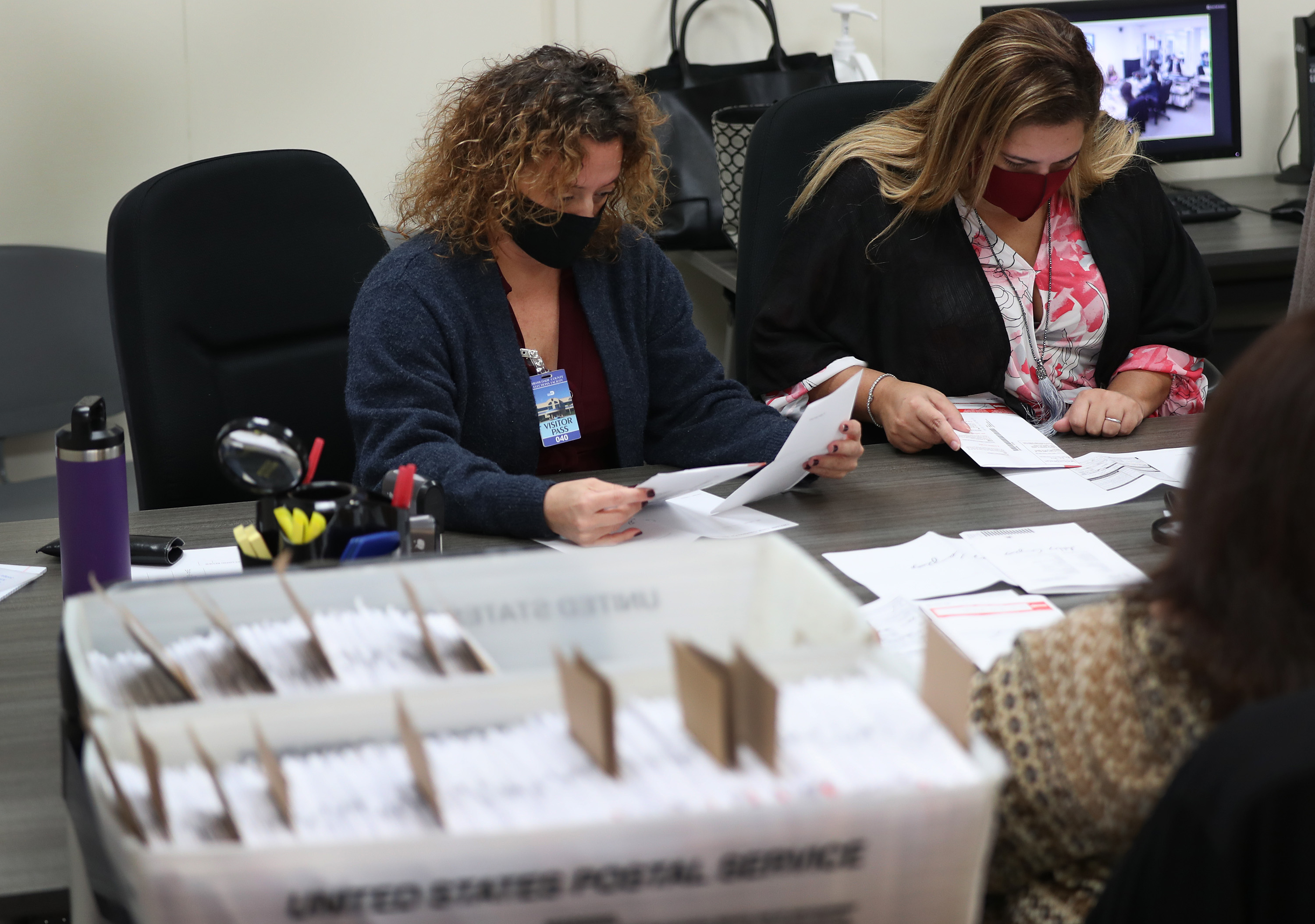