A spokesman for Nebraska Senator Ben Sasse said the senator is “not going to waste a single minute on tweets” after President Donald Trump questioned Sasse’s value to the Republican Party in a series of tweets Saturday morning.

Trump’s comments about Sasse came just days after a report by The Washington Examiner revealed lengthy criticisms that Sasse levied against the president during a town hall phone call with voters in his state.

During the call, Sasse critiqued Trump’s foreign policy decisions, as well as his handling of the coronavirus pandemic, and suggested that Trump’s leadership put the future of the Republican Party in jeopardy. He also said Trump has “flirted” with white supremacists, “spends like a drunken sailor” and added that he also “kisses dictators’ butts.”

Trump’s comments about Sasse on Saturday began when he called him the “least effective” Republican in the Senate who “doesn’t have what it takes to be great.”

“Little Ben is a liability to the Republican Party, and an embarrassment to the Great State of Nebraska,” Trump’s tweet continued.

The least effective of our 53 Republican Senators, and a person who truly doesnât have what it takes to be great, is Little Ben Sasse of Nebraska, a State which I have gladly done so much to help. @SenSasse was as nice as a RINO can be until he recently won the Republican….

About an hour later, Sasse spokesman James Wegmann posted a statement on his Twitter account about the comments that Sasse made during the call with constituents referenced in the Examiner report.

“Ben said the same thing to Nebraskans that he has repeatedly said to the President directly in the Oval Office,” Wegmann said. “Ben is focused on defending the Republican Senate majority, and he’s not going to waste a single minute on tweets.”

Statement from me:”Ben said the same thing to Nebraskans that he has repeatedly said to the President directly in the Oval Office. Ben is focused on defending the Republican Senate majority, and he’s not going to waste a single minute on tweets.” – Sasse spokesman James Wegmann

Not long after, Trump again took to Twitter and made Sasse the subject of a two-part Twitter thread. In the tweet, Trump suggested that Sasse might soon face approval rating dips that could force him into early retirement. He added at the end of the thread: “Perhaps the Republicans should find a new and more viable candidate?”

Sasse began serving as a senator for Nebraska in 2015 and is currently running for re-election with less than three weeks remaining until Election Day. Though he said during the call with constituents that he tried to establish a working relationship with the president, he campaigned on behalf of other contenders in 2016 before Trump became the party’s official nominee and publicly criticized Trump in recent months about his administration’s handling of peaceful protesters in Washington, D.C., his use of executive orders, and his response to alleged bounties that The New York Times reported Russia placed on U.S. troops in Afghanistan.

Sasse’s comments during the call lasted for about nine minutes after one Nebrasakan asked why Sasse frequently criticizes Trump. Sasse told his listeners that he has been concerned for years that Trump’s leadership might push the U.S. further to the left and warned about the possibility of a “blue tsunami” during the upcoming election.

He pointed to two specific voting groups–young people and women—whom he said could shift away from the Republican Party as a result of Trump’s time in office. If that happens, “the debate is not going to be, ‘Ben Sasse, why were you so mean to Donald Trump,'” Sasse said. “It’s going to be, ‘What the heck were any of us thinking that selling a TV-obsessed, narcissistic individual to the American people was a good idea?’ It is not a good idea.”

Newsweek reached out to Sasse’s office and the White House for further comment, but did not receive a response in time for publication. 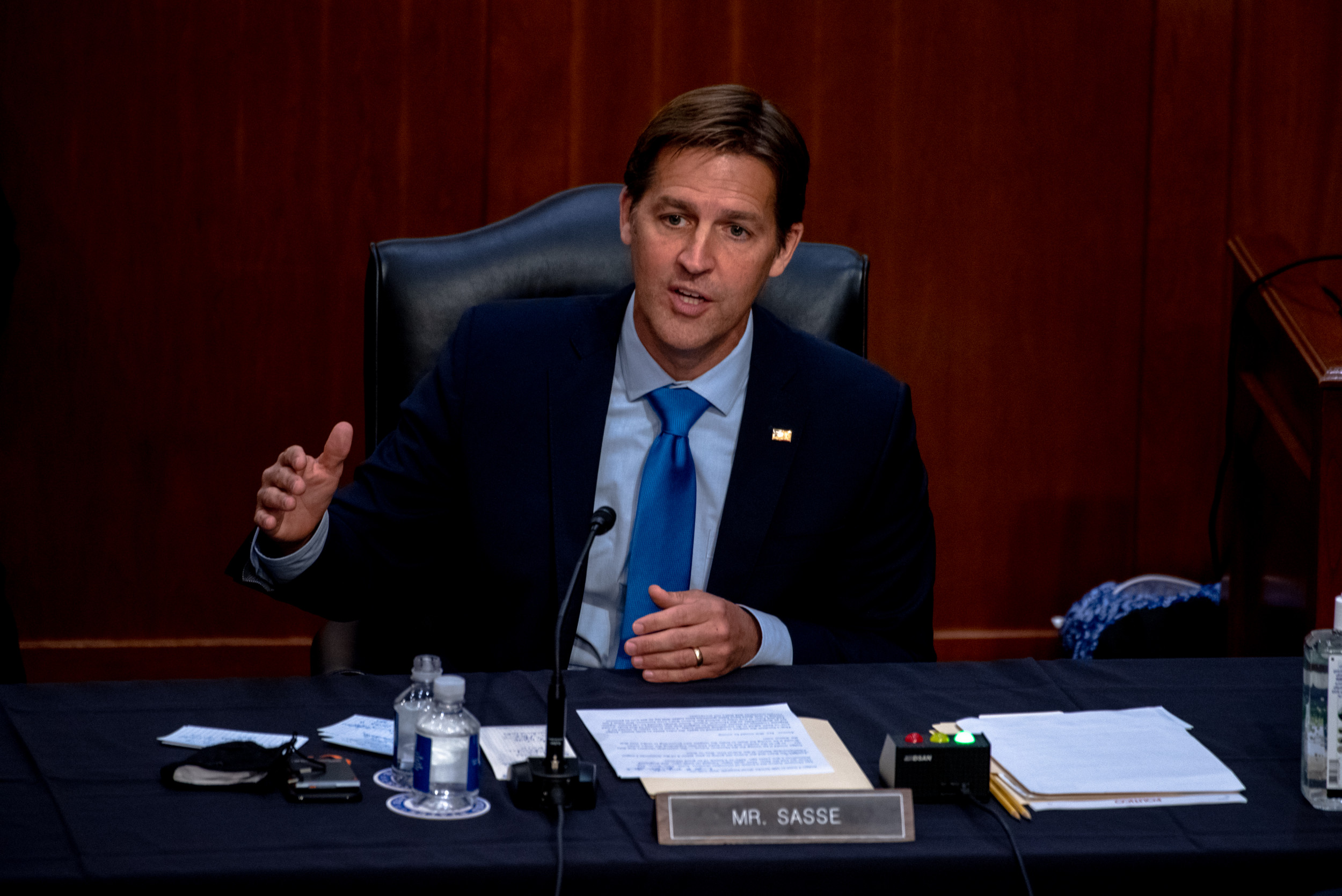