WASHINGTON – A day after President Donald Trump said Illinois “could use a new governor,” Gov. J.B. Pritzker on Sunday said with COVID-19 infections rising, Trump has “made it nearly impossible” for states to move forward with widespread re-openings.

Pritzker also accused unnamed “Trump allies in our state” of contributing to the spike in Illinois COVID-19 infections by “urging people” to not pay attention to social distancing and other rules.

The governor made his remarks on CNN’s “State of the Union” in an interview with host Jake Tapper.

A central Trump strategy is to downplay the struggle to contain the health and economic crises triggered by the COVID-19 infections while Democrat Joe Biden’s campaign is trying to make the election a referendum on how the president has managed the pandemic.

Trump came to Wisconsin as the the state’s Department of Health Services reported a record number of COVID-19 cases. Illinois also smashed state records last week, with hospitalizations and positive test rate jumping, leading Pritzker to declare the state is “in a new wave.”

Asked by Tapper to reply, Pritzker said, “the president has made it nearly impossible for states to open up any more than they are now.

“… This pandemic has been around now for seven to eight months, and without much help from the federal government we’ve been fighting it off.”

Pritzker said Illinois is impacted by the higher rates of infections in the border states of Wisconsin, Indiana and Iowa.

Unlike Illinois, those three states are in play in the presidential contest. Every poll has consistently found Biden well ahead of Trump in Illinois.

Pritzker said Trump is making it harder by “modeling bad behavior. He doesn’t wear a mask in public, he has rallies where they don’t encourage people to wear masks in public.”

“We are trying to continue to convince people to do the right thing, but it is the president’s allies in our state, all across the state, who are simply saying to people, ‘Don’t pay any attention to the mitigations, don’t follow the rules.’”

Last month, the Illinois Republican Party failed in a bid to get a federal court order to strike down Pritzker’s executive order limiting crowd sizes.

Added Pritzker, “Indeed, there are bars and restaurants, which are restricted from expanding their indoor service that are just ignoring the rules, and they’re just filling the place up, and when people stop by and they see that while no one else is wearing a mask, maybe that’s OK. It’s not OK.”

Know about breaking news as it happens. We follow the stories and update you as they develop.

Degnen should resign from the Cook County board or quit working as a paid consultant — and possible owner — in the recreational pot business.

Cairo Santos kicked the longest field goal of his career to end the first half Sunday against the Panthers.

It hasn’t been pretty, but that’s been true of every Bears game this season. They’re leading at halftime as they try to improve to 5-1 for their best start since 2012.

Keep track of how many tests are being administered in Illinois as the state announces them.

The governments of Illinois, Chicago and Cook County could save a combine $3 billion a year.

News – Gov. J.B. Pritzker: President Trump ‘made it nearly impossible’ for Illinois, other states to reopen 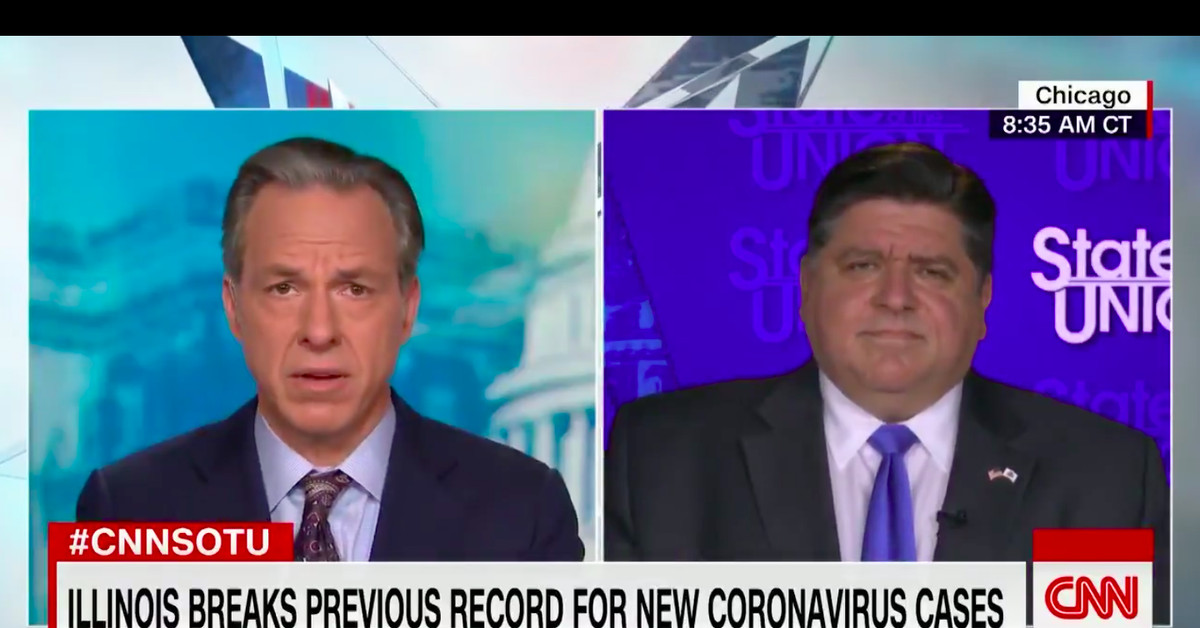