News Corp is a network of leading companies in the worlds of diversified media, news, education, and information services.

HILLARY Clinton took a swipe at Donald Trump over his ratings battle loss – claiming Americans are “sick” of his “reality show” presidency.

The ex-presidential candidate, who lost to Trump in 2016, mocked her former rival as it emerged Joe Biden won the most viewers during their dueling town halls on NBC and ABC.

The former Secretary of State called on her 29million Twitter followers to “cancel [the show] for good” after it was revealed Trump’s performance had almost one million viewers fewer than Biden.

Nielsen numbers shows he pulled in a total of around 13.4million viewers, while Biden’s chat on ABC was watched by 14.1million, according to the Nielsen numbers.

Clinton mocked the President after the Trump campaign bullishly claimed it would pull in more viewers after a virtual debate was axed.

She said: “‘Americans are sick of the Trump reality show. Let’s cancel it for good, shall we?”

Biden currently leads in the national polls, but Trump overturned Hillary’s lead for a sensational election day upset back in 2016

Sources claimed Trump was eager to humiliate his election rival by “blowing him out of the water” in TV ratings.

“He looks at this the same way he looks at attendance at his rallies versus the [turnout] Biden gets for his events,” an anonymous source told The Daily Beast.

The President had refused to debate Biden online, saying it was a “waste of time”, after a second head-to-head was moved into cyberspace following his coronavirus diagnosis.

Trump’s town hall – moderated by Savannah Guthrie – was approximately 30 minutes shorter than Biden’s program and was much more combative in tone.

In a statement the President’s campaign boasted that he had “soundly defeated” the moderator – branding her a “Joe Biden surrogate”.

It added: “President Trump masterfully handled Guthrie’s attacks and interacted warmly and effectively with the voters in the room.”

The presenter asked Trump about why he appeared to be supporting QAnon conspiracies, including the bizarre idea that Joe had a Navy Seal team killed and Osama bin Laden is still alive.

Guthrie quipped: “I don’t get that. You’re the president, not someone’s crazy uncle who can just retweet whatever!”

Trump insisted: “That was a retweet. And I do a lot of retweets. And frankly, because the media is so fake, and so corrupt, if I didn’t have social media – I don’t call it Twitter, I call it social media – I wouldn’t be able to get the word out.”

Speaking at a rally after the event, Trump went on the attack – despite initially claiming his town hall had got good reviews.

He said: “I had somebody going totally crazy last night. I had a lot of fun last night with that, it was a nice pleasurable evening.

Biden meanwhile managed to escape his town hall without facing any questions about his son Hunter’s emails seemingly implicating the former VP in his son’s work for a gas firm in Ukraine.

Trump blasted ABC moderator George Stephanopoulos for failing to ask about it, moaning the former Democrat advisor was “nasty” and “tough” when interviewing him.

The President said: “I bet you Hunter is the middleman, like a vacuum cleaner. He follows his father around.

“Hunter made no money until his father became vice president and now he’s like a vacuum cleaner.”

Back in August, the Nielsen company said Biden had 24.6million viewers as he accepted his Democratic nomination for president.

The number was slightly more than than Trump’s 23.8million viewers counted for during his acceptance speech at a Republican convention a week before.

Regardless of the president’s Thursday night viewership numbers, Trump tweeted out his thanks to followers citing “good reviews” of his NBC News interview.

He wrote to Twitter on Friday afternoon: “Very good reviews on last night’s @NBCNews Town Hall in Miami. Thank you!!!”

Meanwhile, CNN host Don Lemon has blasted NBC News for scheduling the town hall with Trump to air at the same time as Biden’s town hall with ABC News.

During his show on Wednesday night, Lemon called the move by NBC an “embarrassing ratings ploy” and said network execs have been duped by Trump.

“How does that help the American people?” Lemon asked about the dueling broadcasts before they aired on Thursday.

“How does that inform the electorate, by putting those two people on at the same time and making people choose from one to the other?”

©News Group Newspapers Limited in England No. 679215 Registered office: 1 London Bridge Street, London, SE1 9GF. “The Sun”, “Sun”, “Sun Online” are registered trademarks or trade names of News Group Newspapers Limited. This service is provided on News Group Newspapers’ Limited’s Standard Terms and Conditions in accordance with our Privacy & Cookie Policy. To inquire about a licence to reproduce material, visit our Syndication site. View our online Press Pack. For other inquiries, Contact Us. To see all content on The Sun, please use the Site Map. The Sun website is regulated by the Independent Press Standards Organisation (IPSO)

Our journalists strive for accuracy but on occasion we make mistakes. For further details of our complaints policy and to make a complaint please click here. 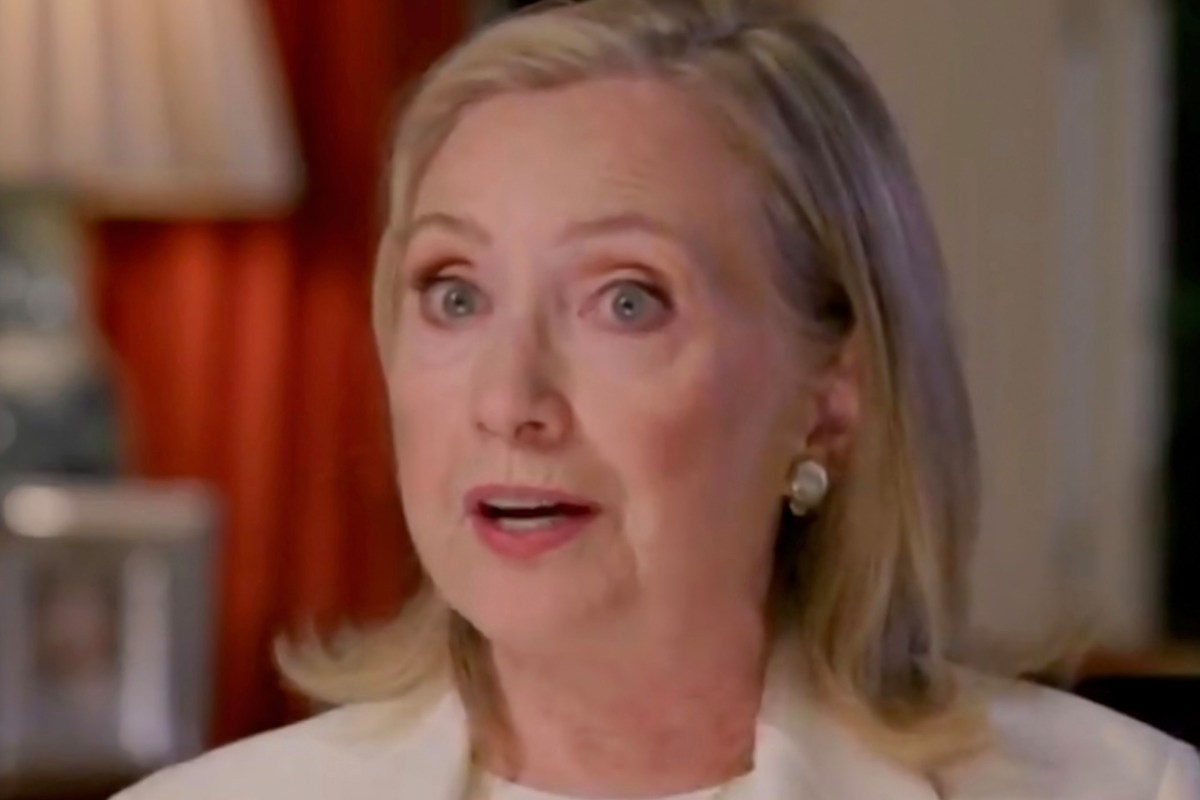