An 18-year-old man critically injured when a car crashed into a tree in Kingswinford has died, four days after the crash which killed three of his friends.

West Midlands Police confirmed that Nathan Cartwright, who has been in hospital since the crash on Tuesday, died on Saturday.

He is the fourth person to have died following the horror crash in Bromley Lane at about 8.50pm on October 13.

The driver of the yellow Skoda Fabia, Joshua Parkes, 21, and rear seat passenger Lucy Tibbetts, 16, were pronounced dead at the scene.

Another 16-year-old girl also died in the collision. Her family do not wish to release her name at this stage and have asked for their privacy to be respected.

A fifth person – also a 16-year-old girl – remains in hospital in a stable condition.

A police car was nearby when the crash happened but West Midlands Police was unable to clarify whether it had been chasing the Fabia.

The force previously said officers had seen the vehicle but not spoken with the people inside or pursued it, before changing the statement to say “it is not known if there was any interaction with the Skoda” and that the role of the police car is being investigated.

Dozens of bouquets of flowers and balloons have been placed around the tree and family and friends have been visiting the site.

Hundreds of mourners also attended a balloon release at Dell Stadium yesterday, to remember those killed and hurt.

PC Chris Ridge, from the collision investigation unit, previously said: “This is a devastating time for the families of those involved, and we have specially trained officers who are supporting them through this difficult time.

“The loss of these young lives is shocking and deeply upsetting for all involved. All families wish to have their privacy respected at this difficult time.

“We’re still working through a number of lines of investigation as we try to understand what happened and why.

“Anyone who saw the Skoda driving in the area last night, or who may have captured anything on dash-cam footage, is urged to get in touch with us as soon as possible.”

Chief Reporter with the Express & Star. 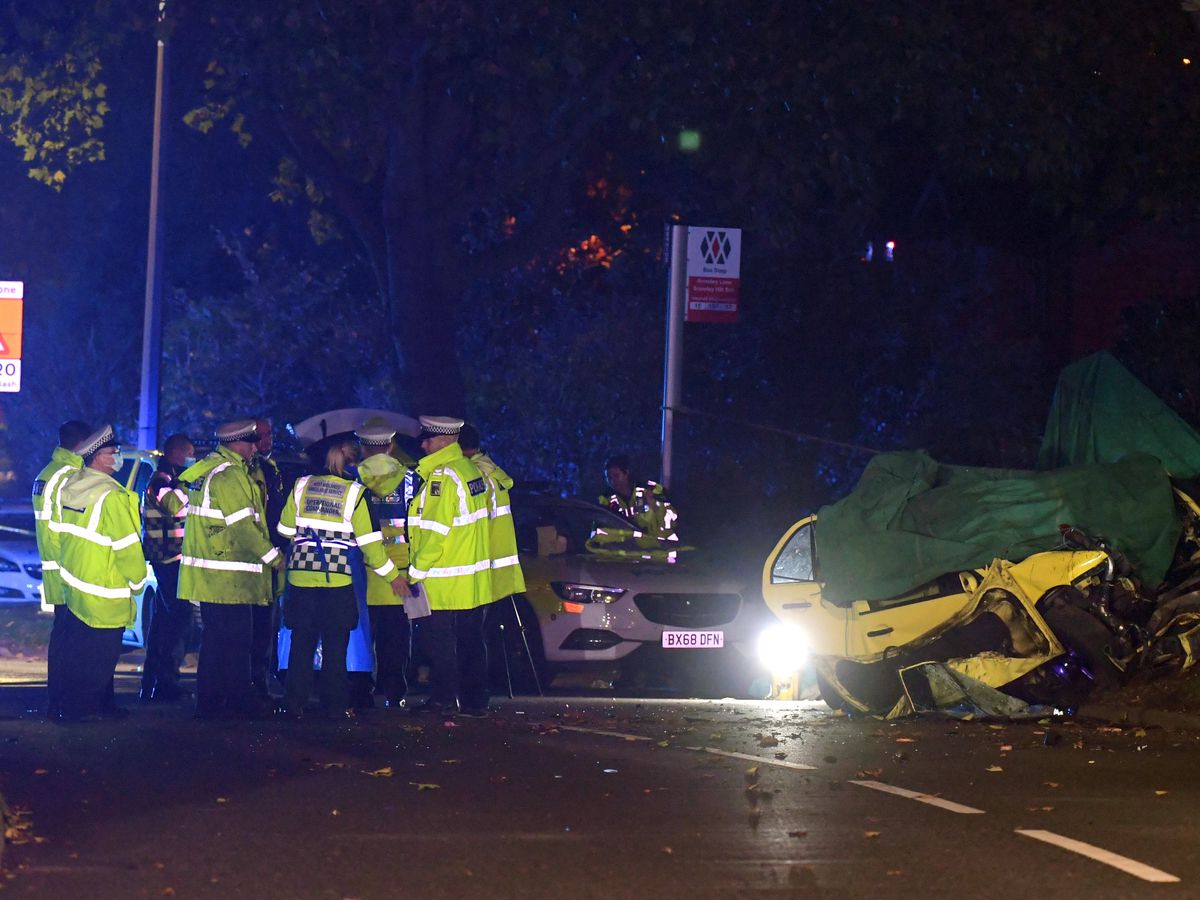