BYRAM, N.J. — A U.S. Army soldier who went missing from Fort Drum in upstate New York has been found dead in New Jersey and a fellow soldier has been taken into custody in connection with his death.

Mueller said Harris was meeting with fellow soldier, Jamaal Mellish, 23, in Watertown, New York, near Fort Drum for “some type of vehicle exchange” when the meeting escalated.

Authorities believe Mellish “abducted” Harris in Harris’ 2017 white Chevrolet Silverado and drove him to the New York City area and eventually across the state, Mueller said. A juvenile, whose identity has not been released, was also in the vehicle, authorities said.

Byram firefighters stumbled upon the scene Saturday when they noticed personal belongings near the Ross Road cul-de-sac, including a pair of shoes. They notified Byram police when they found blood, Mueller said.

Mellish was taken into custody in Watertown, Mueller said. He is being held awaiting an extradition hearing to Sussex County.

Harris was posthumously promoted to the rank of corporal following his death and awarded the Army Commendation Medal, Army officials said. A vigil by Harris’ unit had been ongoing since he went missing.

Harris joined the Army in March 2019. He arrived in Fort Drum in July 2019 after training at Fort Benning, Georgia.

“As we share our grief with his friends and family, I hear again and again how he was also — and most importantly — a really wonderful, caring person,” Funck said. “His death is a tremendous loss for his loved ones, this Division and our nation.” 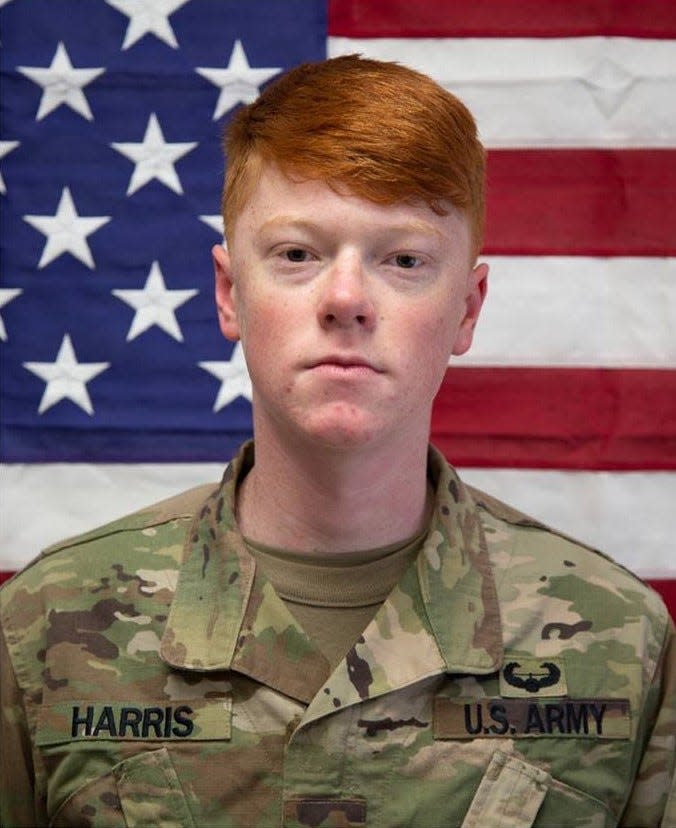