Pelosi is still negotiating with the White House while Senate Republicans push their own stimulus bill.

House Speaker Nancy Pelosi just set a tight timeline for getting a new stimulus deal done before the election: 48 hours.

During an appearance on ABC’s This Week on Sunday, Pelosi suggested there likely won’t be time to pass a new package prior to November 3 if lawmakers don’t reach an agreement within the next 48 hours. “The 48 [hours] only relates to if we want to get it done before the election, which we do,” she said.

Pelosi and Treasury Secretary Steven Mnuchin have been negotiating over a new stimulus package since the summer, but the effort has been stymied by disagreements over provisions on state and local funding, as well as Republican pushback over the scope of spending. Their talks were also briefly derailed by President Donald Trump, who in early October announced the White House was ending negotiations, before changed course and demanding the parties proceed quickly.

Drew Hammill, Pelosi’s deputy chief of staff, tweeted Saturday that there are “an array of additional differences” between what Democrats want and what Mnuchin has offered, which would need to be worked out in the next two days. Pelosi noted Sunday, for example, that language over funds for coronavirus testing was an ongoing sticking point.

… address the virus’ disproportionate impact on communities of color. There remains an array of additional differences as we go provision by provision that must be addressed in a comprehensive manner in the next 48 hours. Decisions must be made by the White House… (2/3)

As House Democrats negotiate with the White House, Senate Republicans, it seems, are on a parallel track. Even as Pelosi and Mnuchin continue talks about an expansive package — with a recent White House proposal suggesting a bill worth $1.8 trillion — Senate Republicans have been adamant that any stimulus be much smaller. On Saturday, Majority Leader Mitch McConnell announced the Senate would vote on a narrower $500 billion bill this week.

The new bill is a reminder that even if Pelosi and Mnuchin reach an agreement, there’s a great deal of uncertainty around whether Senate Republicans would support it, particularly given concerns many GOP lawmakers have expressed about adding to the national debt.

“That’s not what I’m going to put on the floor,” McConnell previously said of the recent $1.8 trillion White House offer.

The new Senate bill, however, isn’t expected to get the Democratic votes it needs in either the House nor the upper chamber: The targeted $500 billion bill includes only a fraction of the spending House Democrats demanded in the latest version of their stimulus package, the HEROES Act, which calls for $2.2 trillion in aid (down from the $3 trillion bill passed in May).

These developments are the latest continuation of a monthslong back-and-forth between lawmakers on what should be next for stimulus spending. It’s an argument that has seen House Democrats’ proposals blocked by ongoing disagreements over aid for states and expanded unemployment insurance, along with diverging concerns about the debt.

In the meantime, millions of people are grappling with evictions, unemployment, and business closures as the economic fallout from the pandemic continues.

Next steps depend on whether Pelosi and Mnuchin can actually come to an agreement in this 48-hour window — and if they do, how the Senate responds.

Currently, negotiations between House Democrats and the White House and Senate Republicans’ push for their own measure are happening simultaneously, albeit separately.

The Senate on Tuesday is scheduled to vote on a standalone bill to boost funding for the Paycheck Protection Program, which provides aid to struggling small businesses. On Wednesday, the body is set to vote on a roughly $500 billion stimulus bill that would include funding for schools, expanded unemployment insurance, and coronavirus testing. “This is half a trillion dollars of good that Congress can do right now,” McConnell said in a statement Saturday.

The legislation, which is much narrower than what Democrats want, is not expected to garner support from Senate Democrats and will likely fail to reach the 60-vote threshold it needs to pass.

Much like they did earlier this fall, Republicans are pushing this legislation to send a message: By voting on it, they’re putting pressure on vulnerable Democratic members who block the bill by making it appear as though they’re the ones obstructing more relief. Democrats, meanwhile, have pointed to the House’s passage of significantly more comprehensive packages in both May and October as signs they’re committed to getting something done.

Given McConnell’s opposition to the earlier $1.8 trillion proposal, Senate Republicans could still pose a major obstacle even if Pelosi reaches an agreement with the White House. McConnell on Saturday noted the Senate would “consider” an agreed-upon deal, however. “If Speaker Pelosi ever lets the House reach a bipartisan agreement with the administration, the Senate would of course consider it,” he said.

The outstanding issue — which has been the problem for months — is whether House Democrats, the White House, and Senate Republicans can all ultimately get on board with the same bill.

The United States is in the middle of one of the most consequential presidential elections of our lifetimes. It’s essential that all Americans are able to access clear, concise information on what the outcome of the election could mean for their lives, and the lives of their families and communities. That is our mission at Vox. But our distinctive brand of explanatory journalism takes resources. Even when the economy and the news advertising market recovers, your support will be a critical part of sustaining our resource-intensive work. If you have already contributed, thank you. If you haven’t, please consider helping everyone understand this presidential election: Contribute today from as little as $3. 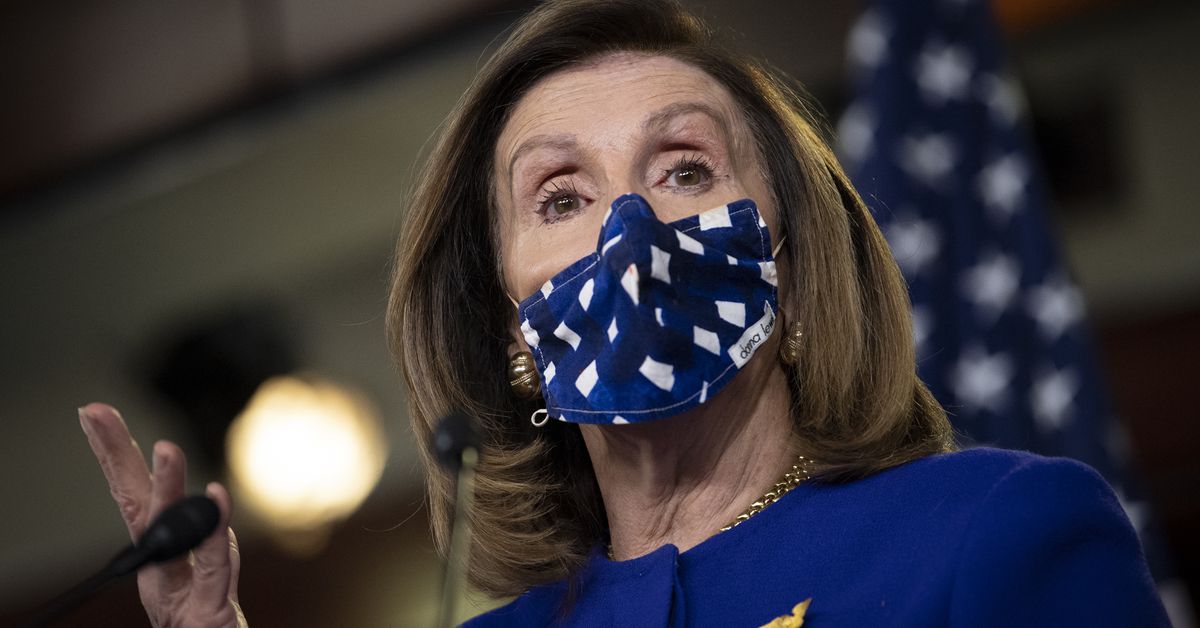