Thousands of demonstrators gathered for the Women’s March in Washington, D.C., Saturday in protest of Amy Coney Barrett’s nomination to the Supreme Court.

Protesters, many of whom carried signs and wore costumes, also hoped to galvanize Americans to vote President Donald Trump out of office in a few weeks.

Speaking to various news outlets, organizers projected that over 116,000 people would attend one of the at least 429 demonstrations happening across the country on Saturday.

Nearly four years ago, the Women’s March drew record numbers in attendance. Millions of people came out in protest of Trump’s presidency in January 2017.

Driven this time by the death of Supreme Court Justice Ruth Bader Ginsburg, organizers hoped the rallies would spur change ahead of the upcoming presidential election.

The Senate Judiciary Committee, after multiple days of hearings, scheduled a vote on Barrett’s nomination to the Supreme Court for October 22. The hearings were contentious and split between Republicans praising her judicial philosophy and Democrats questioning where Barrett stood on stronghold decisions like Roe v. Wade and the Affordable Care Act.

Democrats also argued that the Senate is moving too quickly in the Supreme Court nomination process, urging instead for Congress to bench the decision until after the upcoming presidential election.

But Republicans have plowed ahead, with Sen. Majority Leader Mitch McConnell’s full blessing. The decision was met with intense backlash from Americans who felt the next justice should be determined by the presidential candidate who wins in the November election.

His full-fledged support to move forward prompted a wave of demonstrators mobilizing across the country. Nearly 1.5 million people signed a petition demanding that lawmakers delay the process until after the 2021 presidential inauguration. Protesters also rallied outside Sen. Mitch McConnell’s Kentucky home.

The Saturday protests nationwide acted as an extension of this mobilization effort. Here’s what they looked like:

Many protesters came dressed in “Handmaid’s Tale” costumes, modeled after the subjugated women in Margaret Atwood’s novel and Hulu series of the same name. The handmaid characters in the fictional works were frequently raped and forced to bear children for infertile couples.

Demonstrators have been dressing up as the characters in recent years to protest against acts of oppression against women.

Democrats, for example, remain skeptical that Barrett, if nominated, would seek to overturn Roe v. Wade, the landmark Supreme Court case granting Americans the right to an abortion.

Barrett in 2006 signed off on a two-page print ad that called for Roe v. Wade to be overturned. The ad referred to the landmark decision as “barbaric” and called it a “raw exercise of judicial power.”

“Don’t tread on me,” another sign reads, accompanied by a picture of a hissing rattlesnake in the shape of a uterus.

After the announcement of Ginsburg’s death last month, women all over the world began mourning. The late Supreme Court justice, who died at 87 of complications from pancreatic cancer, became known as a feminist icon.

Ginsburg’s legal career was marked by a series of arguments advancing women’s rights and gender equality, and she served as the inspiration behind several books, movies, and dolls.

A demonstrator showed up donning accessories appearing to resemble Trump. The demonstrator’s outfit seems to portray a person who’s been incarcerated, suggesting the demonstrator either believes that the president should or will be in jail.

Ginsburg’s dying wish, made just days before she passed, was that she not be replaced until a president takes office.

Lewis died in July after a months-long battle with pancreatic cancer. One of the chief leaders of the Civil Rights Movement, Lewis is regarded as a US civil rights hero.

“He loved this country so much that he risked his life and his blood so that it might live up to its promise,” Obama said. “And through the decades, he not only gave all of himself to the cause of freedom and justice, but inspired generations that followed to try to live up to his example.”

The counterprotests, called the “I’m With Her” rallies, were organized by the Independent Women’s Forum, a conservative nonprofit group.

“Does the so-called Women’s March speak for YOU?” an invite for the rally asks. “If the answer is NO, join us as we champion women, not tear them down.”

Protests against police brutality kicked off in May after the death of George Floyd, a Minneapolis man killed by police. Demonstrators continued protesting through the summer after reports of several incidents of police brutality targeted toward Black people. 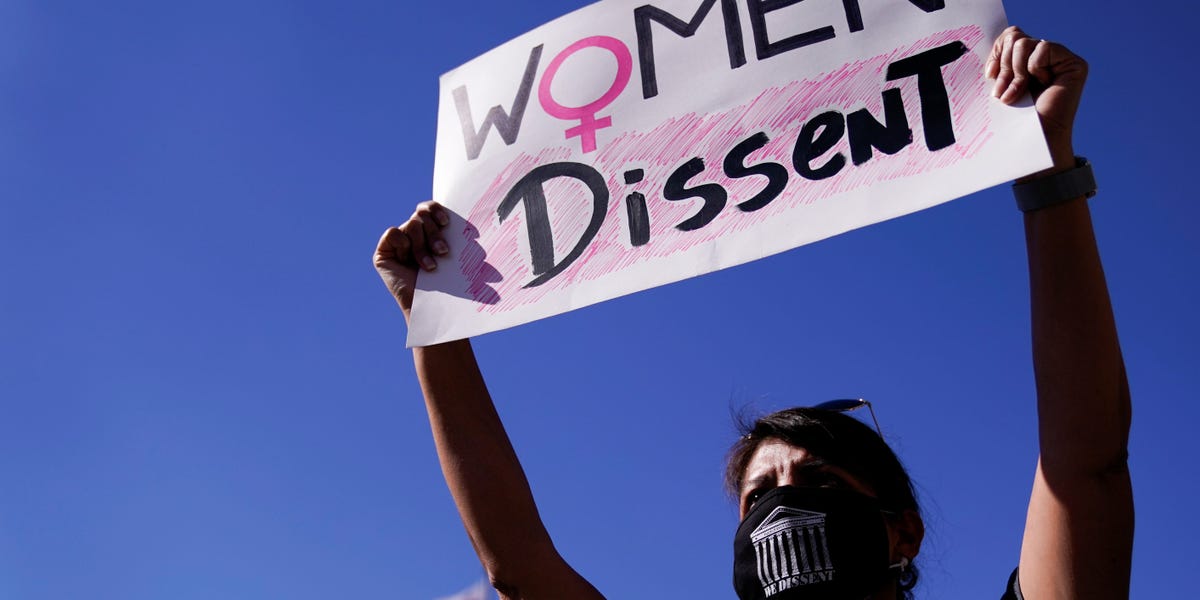