Police are set to be given access to the contact details of people who are self-isolating in a move critics last night described as ‘chilling’.

The Department of Health and Social Care said forces will have access on a ‘case-by-case’ basis and they have now updated their online guidance about how data will be handled.

The move is said to have alarmed senior health figures, including Chief Medical Officer Chris Whitty, who fear it will stop people coming forward to get tested.

Critics have also said the move needs to be debated in Parliament, with Silkie Carlo, director of Big Brother Watch, saying: ‘Treating test and trace like an inquisition is a certain way to deter people from getting tests and giving contact information.

A lire aussi
In Voting Cases, Chief Justice Roberts Is Alone but in Control

Police are set to be given access to the contact details of people who are self-isolating in a move critics last night described as ‘chilling’. Pictured: Stock image

People in England are legally required to self-isolate if they test positive for Covid and face fines starting at £1,000 if they don’t.

The pact between the Government and police was put in place after an ‘incredibly forceful’ intervention by Health Secretary Matt Hancock, according to a report in the Health Service Journal.

However, there is disquiet among scientists, with a source telling the journal: ‘They are worried that people will simply stop getting tested because it just opens them up to the risk of being [. . .] fined.

The move is said to have alarmed senior health figures, including Chief Medical Officer Chris Whitty (pictured), who fear it will stop people coming forward to get tested

‘The department is creating a strong disincentive to testing, which creates a big public health risk.’

The DHSC website has now been updated to say that people who fail to self-isolate ‘without reasonable justification’ could have their name, address and contact details passed on to their local authority and then to the police.

A spokesman for the National Police Chiefs’ Council said they would ‘encourage voluntary compliance but will enforce the regulations and issue fixed penalty notices where appropriate and necessary’. 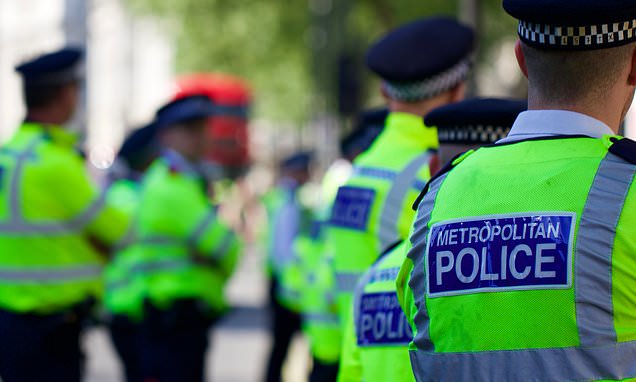