WASHINGTON—Rioters breached the Capitol on Wednesday afternoon as both the House and Senate were meeting inside after President Trump urged supporters to march there and pressure Congress to overturn President-elect Joe Biden’s win.

Hundreds of people could be seen walking through the building’s famous Statuary Hall after pushing aside barricades and shoving police out of the way, waving Trump and American flags and cheering from the balconies of the Capitol building. Thousands of rioters surrounded the Capitol on all sides, and some climbed up the outside walls.

The police presence appeared to be minimal, though there were some police in riot gear on the east side of the Capitol by the Senate entrance.

A mob chanted “Take the building!” and “Stop the steal!”—a popular refrain as Mr. Trump’s supporters challenged the results of the November presidential election. 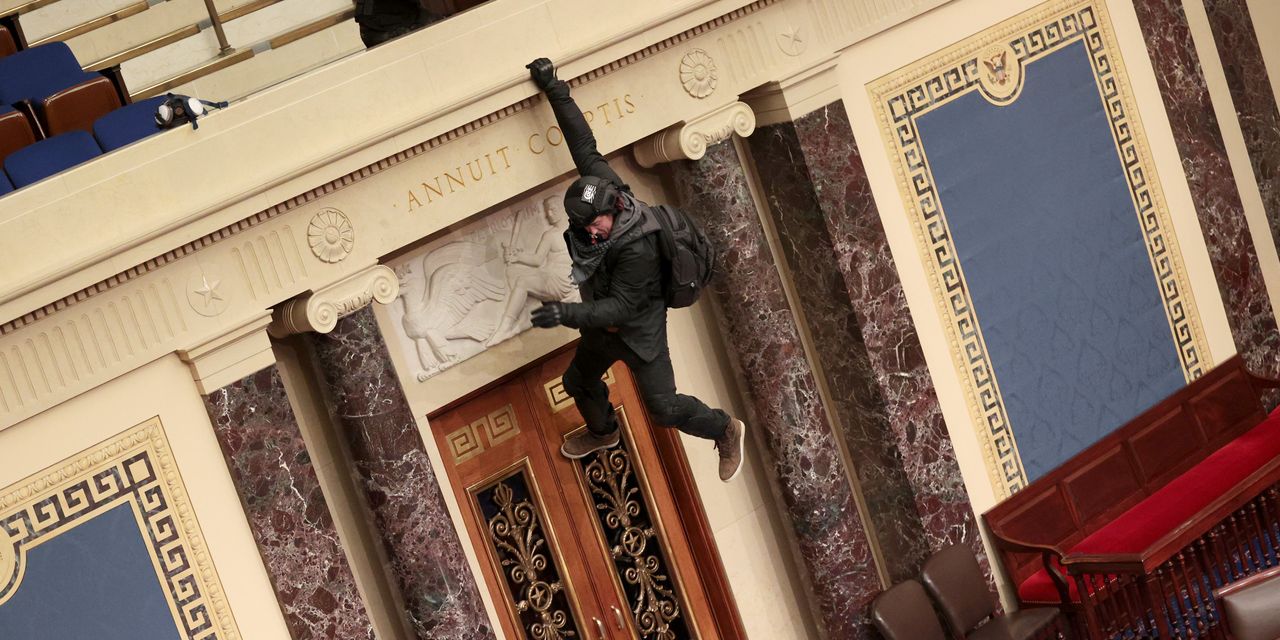