Tottenham star Son Heung-Min has been really impressed by Gareth Bale’s performances in training ahead of Sunday’s game against West Ham United.

Bale made his long-awaited return to Tottenham this summer. The Welshman had spent the last seven years with Real Madrid.

The 31-year-old signed for the Spanish giants in 2013 for a then record-breaking fee of £85m. He had an up-and-down time of it with Madrid.

Bale struggled a lot with injuries, but he still enjoyed a lot of great moments in Spain. He departed the club with a record of 105 goals from 251 outings.

With him falling out of favour with Zinedine Zidane, it was a matter of time before he left. In September it was announced that he had rejoined Tottenham on a season-long loan deal.

The forward was injured as he resigned for Spurs, but he is back fully fit and could make his second debut for the club against West Ham.

He joins an already prolific strike force of Harry Kane and Son. Tottenham have scored 12 goals from just four league games so far this season.

If you add Bale to that, Spurs will have one of the most feared attacking armouries in the league.

In an interview in the programme for Sunday’s fixture against West Ham, as cited by football.london, Son said:

“I’m so excited. To see him every day, to chat to him, it’s a really good experience for me and I think the fans can’t wait to see him back on the pitch.

“As a player, I can’t wait to play alongside him. Obviously, he is a legend for this club and a superstar in the football world.

“I think he is very happy and you can see straight away that he is smiling all the time.

“When he had his first training session with the group, I was watching him and even that was really enjoyable.

“Having seen him in training, I can’t wait to see him back out there. I’m really excited to play with him.”

Bale is scheduled to make his ‘second debut’ for Spurs this weekend against West Ham.

Gareth Bale will play predominantly on the right for Tottenham this season.

Gareth Bale could have joined Manchester United in 2013 but he turned down more money for Real.

This weekend will surely buck the trend of boring Merseyside derbies. The rest ain’t bad either.

Mourinho also praised Daniel Levy and the board for what he says was an “amazing” transfer window.

Villas-Boas reveals how a chat with Bale led to the change of formation that unlocked his full potential.

A lire aussi
Every Generation Has A Firm Stance On These 30 Foods — Can We Guess Yours? 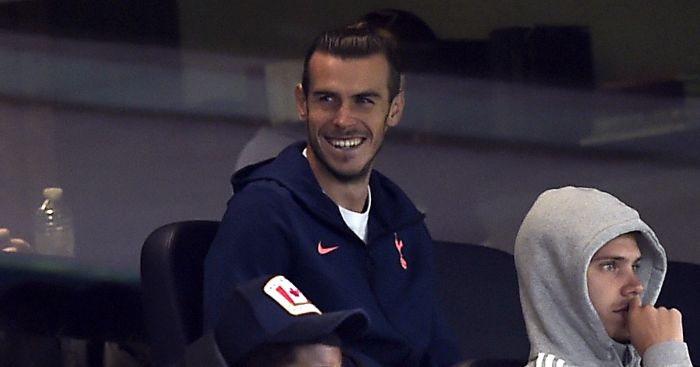