Donald Trump on Saturday fired back at fellow Republican Ben Sasse after the Nebraska senator was recorded chastising the president during a town hall earlier this week.

“The least effective of our 53 Republican Senators, and a person who truly doesn’t have what it takes to be great, is Little Ben Sasse of Nebraska,” Trump tweeted, calling him a “liability” to their party.

While Trump has never shied away from responding to criticism, his attacks on Sasse come amid dismal poll numbers that threaten to imperil his presidency and Republicans’ slim majority in the Senate, as well as further efforts from Republicans nationwide to distance themselves from the incumbent president.

A lire aussi
Meet Orion Carloto, The Internet It Girl You Need To Know

Trump continued to lay into Sasse, who has voted regularly to support the president’s agenda but also spoken out against his actions, by accusing the senator of being a “RINO” (Republican in name only) who only felt empowered to speak up after winning his own primary.

James Wegmann, a spokesman for Sasse, responded to Trump’s tweets, saying the senator has voiced the same remarks he made to constituents to the president directly.

“Ben is focused on defending the Republican Senate majority, and he’s not going to waste a single minute on tweets,” Wegmann said.

The leaked nine-minute recording of Sasse’s remarks during a telephone town hall with his constituents Wednesday was first reported by the Washington Examiner and later confirmed by his office.

“I’m now looking at the possibility of a Republican blood bath in the Senate, and that’s why I’ve never been on the Trump train,” Sasse reportedly said during the call. “It’s why I didn’t agree to be on his re-election committee, and it’s why I’m not campaigning for him.”

During the call, Sasse also laid into the president for turning a blind eye to human rights and treating the Covid-19 pandemic “like a PR crisis.”

“The way he kisses dictators’ butts. I mean, the way he ignores that the Uyghurs are in literal concentration camps in Xinjiang right now. He hasn’t lifted a finger on behalf of the Hong Kongers,” Sasse said. “He mocks evangelicals behind closed doors. His family has treated the presidency like a business opportunity. He’s flirted with White supremacists.”

In May, Sasse handily defeated his Republican challenger Matt Innis, a Trump loyalist, winning 75 percent of the primary vote.

Sasse is widely expected to cruise to re-election in November after his Democratic opponent, Chris Janicek, was disavowed by his party for sending sexually charged messages to a campaign staffer.

News – Trump fires back at Sasse after town hall criticism 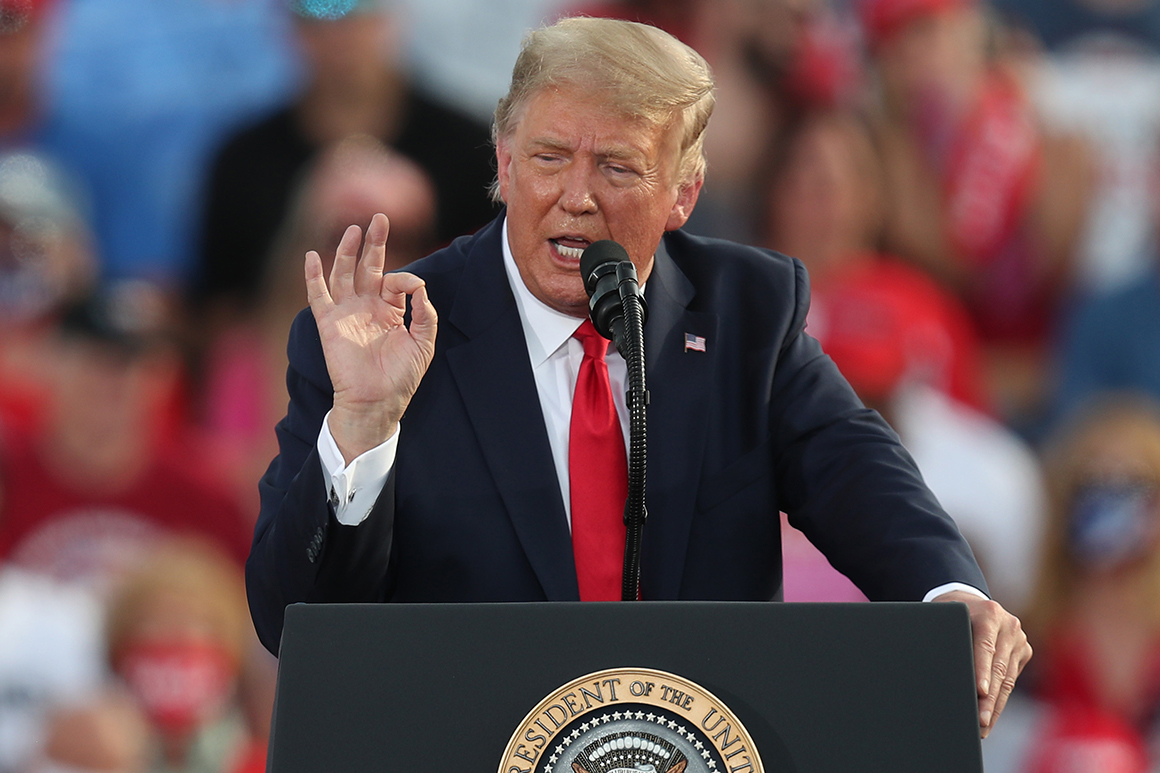