Twitter has had a busy week — perhaps even busier than when a colossal hack took over the site this past summer.

On Wednesday, the New York Post, owned by Fox News mogul Rupert Murdoch’s News Corp, published a dubious report purporting to show evidence that Hunter Biden, the son of Democratic presidential hopeful Joe Biden, was in cahoots with a Ukrainian official. You can read a digestible timeline of the erratic series of events spelled out in the article here. (The FBI is now investigating whether the emails were part of a foreign intelligence operation.)

Though the story was riddled with holes, Republicans swiftly latched onto it as affirmation of conspiracy theories they’ve long pedaled involving the Biden family and Ukraine. The publication also faced criticism from some who feared the story was designed to spread disinformation ahead of the 2020 presidential election.

As users began to share the story on Twitter, the company responded by banning the URL from being tweeted, therefore limiting how many people could read it, without offering an explanation as to why. The company locked the Trump campaign’s official Twitter account, @TeamTrump, after it referred to the NY Post story. White House spokesperson Kayleigh McEnany’s account was also suspended.

Facebook’s response to the New York Post article was similar: The company said it would restrict the reach of the article on its platform until a third-party fact-checked its contents. However, the article was still shared nearly 300,000 times on the platform following Facebook’s announcement, as Business Insider’s Paige Leskin reported.

It wasn’t until later Thursday night that Twitter explained itself, saying that it banned the article for violating its policies around how hacked materials are shared. It’s the same reasoning given in June when Twitter banned a group that released a hoard of police documents that were originally obtained by hackers.

Twitter CEO Jack Dorsey has since said it was “wrong” to ban the NY Post story. But the damage was already done. GOP Senators now plan to subpoena Dorsey to testify regarding the issue, and Republicans have more fodder to feed their long-held, often-disproven belief that Big Tech is biased against conservatives.

The whole debacle is a prime example of the power that tech platforms wield and the potential danger that can result when they make inconsistent decisions in enforcing moderation policies. The incident also comes in the midst of the most important presidential elections in modern US history.

Social media critics have been calling with greater urgency this year for companies, including Facebook, to make changes that would prevent election interference. Twitter has taken a series of steps to crack down on the spread of misleading content and has been fighting to consistently limit the spread of disinformation through its moderation policies.

Jack Dorsey, Twitter CEO, and Sheryl Sandberg, Facebook COO, off camera, testify during a Senate (Select) Intelligence Committee hearing in Dirksen Building where they testified on the influence of foreign operations on social media on September 5, 2018

What Twitter did do was add to a growing fire stoked by President Donald Trump and Republicans that Big Tech and its platforms are biased against conservatives, as The Atlantic’s Kaitlyn Tiffany goes into in much greater depth.

The right has launched a crusade against the tech industry since Twitter began adding fact-check labels in May to President Trump’s tweets in which he touted the baseless claims that mail-in voting will lead to a fraudulent election. The platform has also flagged tweets from the president that contained false information about the coronavirus, including a tweet in which Trump falsely claimed immunity.

During a July congressional hearing — where the leaders of Google, Apple, Facebook, and Amazon were grilled over antitrust concerns — Republican lawmakers made it a point to question the CEOs over anti-conservative bias, a topic that has nothing to do with antitrust laws.

Twitter and Facebook’s crackdown on the New York Post story also prompted the president and other GOP officials to double down on their call to repeal Section 230, an internet law that shields social media firms from being liable for content posted on their sites. In response, the director of the FCC said he would examine rolling back the protections.

Following the New York Post incident, Twitter has said it would change its policy regarding the sharing of hacked material. It now will only remove such content if it’s shared directly by hackers to the website, not if it is included in a report published by a news publication. But cybersecurity experts also told Business Insider’s Isobel Asher Hamilton that Twitter’s altered policy contains loopholes, ones that could make it easier for hackers to exploit the rules.

Like Twitter’s unprecedented decision to fact-check Trumps’ tweets in May, the company’s decision to ban the NY Post article — even if it was rooted in good faith to protect the integrity of Twitter’s sharing policies — will likely continue to have a ripple effect, especially as the crusade against Section 230 continues. 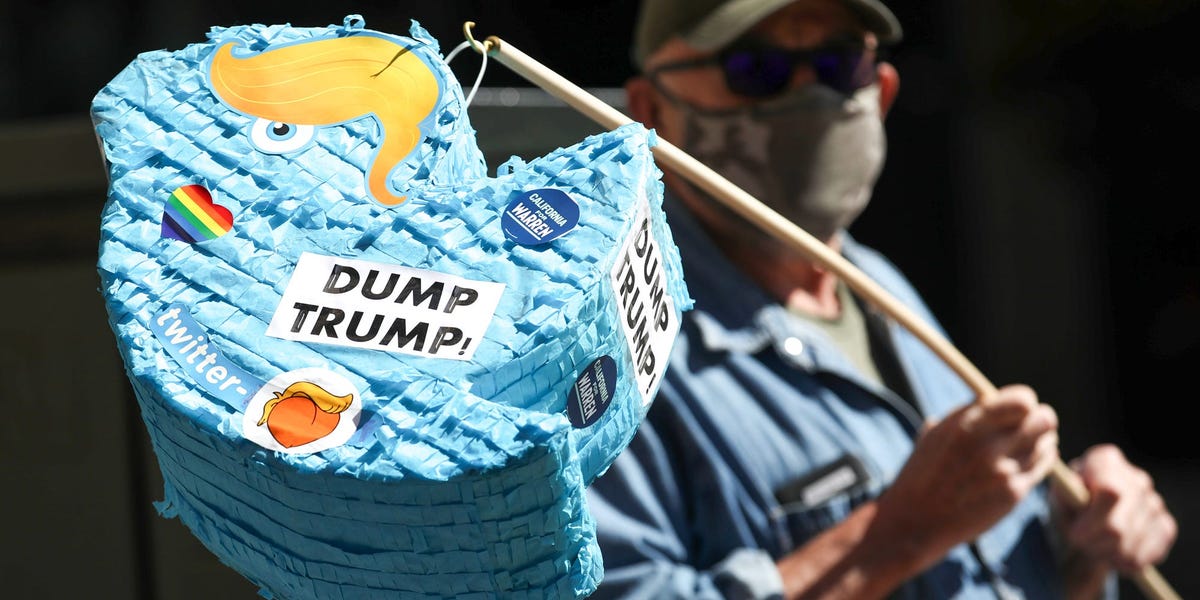